Sonakshi Sinha: 'Dabangg 3 Is Like Homecoming For Me, I Am Very Excited' 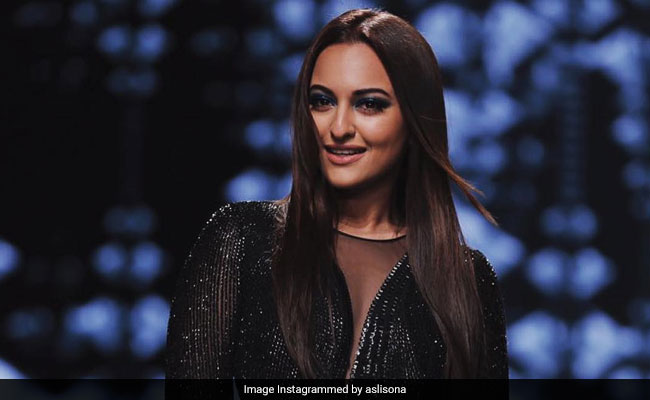 Sonakshi Sinha at an event in Mumbai. (Image courtesy aslisona)

Actress Sonakshi Sinha, who will soon start working on Dabangg 3, said that shooting for the action-drama film is like homecoming for her as she ventured into Bollywood with the franchise. Sonakshi, who was interacting with the media at Chrome Pictures 15th anniversary celebration and success party of Badhaai Ho on Saturday, made her acting debut opposite superstar Salman Khan in Dabangg in 2010.

Sonakshi collaborated with the director of Badhaai Ho Amit Sharma in Tevar, which was his first film as a director. Praising him, Sonakshi said: "I am so proud of Amit Sharma. I am the heroine of his first film so I am so happy for him and so proud of him and the work that he has done is tremendous."

She added that Sharma is one of her "favourite directors".

Asked if she feels that now small budget films are getting more acceptance from the audience, Sonakshi replied: "I feel it doesn't matter whether your film is a big budget film or a small budget film. If your film's script is good and if it is content driven, then it definitely works at the box office."

Dabangg 3 is being produced by Arbaaz Khan and directed by Prabhudheva.

(This story has not been edited by NDTV staff and is auto-generated from a syndicated feed.)
Comments
dabangg 3dabangg 3 shooting