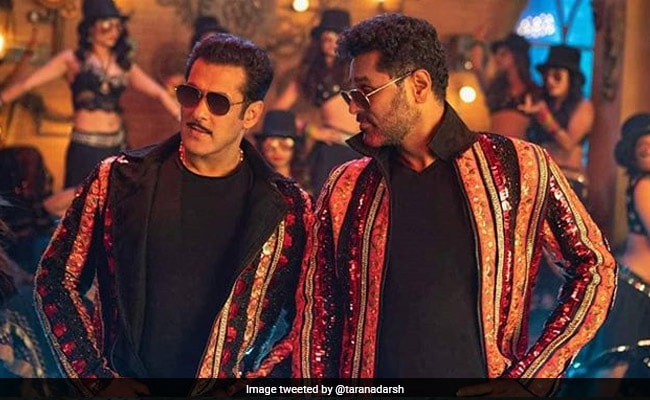 Salman Khan's Dabangg 3 has raked in a score of Rs 137.80 crore in 10 days at the theatres, wrote trade analyst Taran Adarsh. However, he added that the numbers of the Salman Khan cop drama have dipped in the second week primarily because of the arrival of a new film - Akshay Kumar's Good Newwz. According to Mr Adarsh, Dabangg 3 is expected to perform better on the New Year holiday. "Dabangg 3 goes down in Week 2... Biz at multiplexes hit due to Good Newwz... Single screens better, not great... Might benefit due to New Year celebrations... [Week 2] Fri 3.50 cr, Sat 3.25 cr, Sun 4.50 cr. Total: Rs 137.80 cr. India biz. Note: All versions."

Last week, Taran Adarsh had highlighted that the multi-starrer Good Newwz had the potential to "make a dent" in Dabangg 3's performance in theatres. Good Newwz took over the box office game from Dabangg 3 on December 27. "Dabangg 3 also needs to sustain *after Week 1*, since it faces a new, big opponent [Good Newwz], which is expected to make a dent in its screens, shows and most importantly, market share... New Year holidays ahead should prove advantageous," Mr Adarsh had written.

Directed by Prabhu Deva and produced by Salman Khan Films, Dabangg 3 opened to receive mixed responses from critics on Friday.