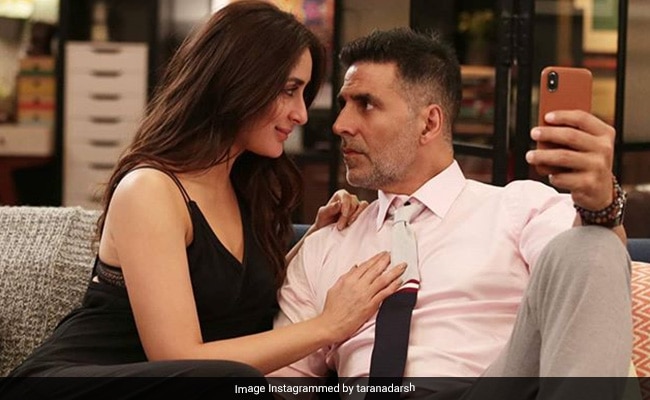 Akshay Kumar and Kareena Kapoor have all the reasons to be happy as their film Good Newwz is performing exceptionally well at the box office. The film has managed to collect Rs 64.99 crore within three days of its release, reports Bollywood trade analyst Taran Adarsh. The film that also features Diljit Dosanjh and Kiara Advani in pivotal roles, collected Rs 25.65 crore on Sunday alone. In his tweet, Taran Adarsh stated that the film is likely to perform string at multiplexes on Monday. In is tweet, Taran Adarsh also predicted that the film is likely to cross the Rs 100-crore mark before week one concludes.

In a separate tweet, Taran Adarsh compared the opening weekend of Good Newwz with that of other Akshay Kumar films that released this year. Mission Mangal ranks first on the list. The film collected Rs 97.56 crore in its opening week. Kesari ranks second on the list with Rs 78.07 crore. Good Newwz and Housefull 4 occupy the third and the fourth spot, respectively.

Good Newwz has been directed by Raj Mehta and it has been produced by Karan Johar, Hiroo Yash Johar, Aruna Bhatia, Apoorva Mehta and Shashank Khaitan.