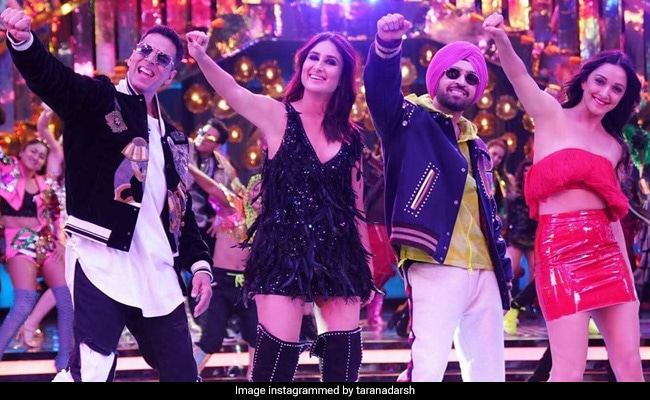 Good Newwz, starring Akshay Kumar, Kareena Kapoor, Diljit Dosanjh and Kiara Advani, is performing exceptionally well at the box office. The film has managed to collect Rs 39.34 crore within 2 days of its release, reports Bollywood trade analyst Taran Adarsh. In his tweet, Taran Adarsh stated that the comedy film "lives up to its title" and performed quite well, especially in the Northern regions of the country. He also mentioned in his tweet that the film's performance has been "outstanding" in the multiplexes on tier 2 cities. The film collected Rs 17.56 crore on its opening day and Rs 21.78 crore on Saturday alone.

Good Newwz opened to largely mixed reviews from film critics. In his review for NDTV, film critic Saibal Chatterjee gave the film a two-star rating and he wrote: "When Good Newwz is sharp, it generates a mild degree of hilarity, some of it emanating from the vivacity that Dosanjh brings to the table. When it is not, it is pretty pedestrian, wending its way through laboured moments that border on the silly and confused."

Good Newwz showcases the stories of two couples, who visit the same hospital for the IVF treatment and since both the couples share the last name, their eggs and sperm get mixed up by the hospital staff, leading to a comedy of errors. The film has been directed by Raj Mehta and it has been produced by Karan Johar, Hiroo Yash Johar, Aruna Bhatia, Apoorva Mehta and Shashank Khaitan.