Good Newwz Movie Review: Akshay, shedding his patriotic change agent garb for once, makes the most of the bearable lightness of the plot. 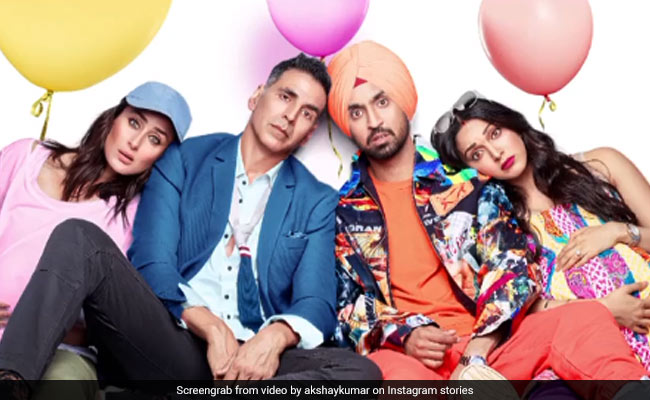 The last Bollywood release of 2019 is anything but good news. First-time director Raj Mehta's Good Newwz - yes, that is the spelling that the title adopts, presumably to signify wild and wiggly in one go - is a sterile, still-born comedy that hinges on a fertility clinic mix-up that sends two culturally dissimilar couples into a spiral of despair and confusion. Both states of mind are likely to spill out of the film's pulpy universe and rub off on all but the most generous of Mumbai movie fans who may be inclined to fall for its gossamer veneer and full-of-beans star cast. But that is of course the least one expects from a movie that has Karan Johar on board as a co-producer.

Featuring a quartet of pretty people whose fate gets entangled in the ovaries of two childless women, the film revels in swimming in mediocrity. It strives hard to be funny but is never more than mildly amusing. Good Newwz banks on the belief that its audience will take all its drawbacks in their stride and warm up to the tedium that it shovels out of its womb for whatever it is worth. It is all arguably done in good humour, but there are elements in the film that is at variance with the modern worldview that its principal characters are meant to convey. Besides perpetuating the myth of motherhood being the be all and end all of a woman's life, Good Newwz peddles egregiously regressive notions about gender roles in marriage, divisions of class and education, and the nature versus nurture conflict. 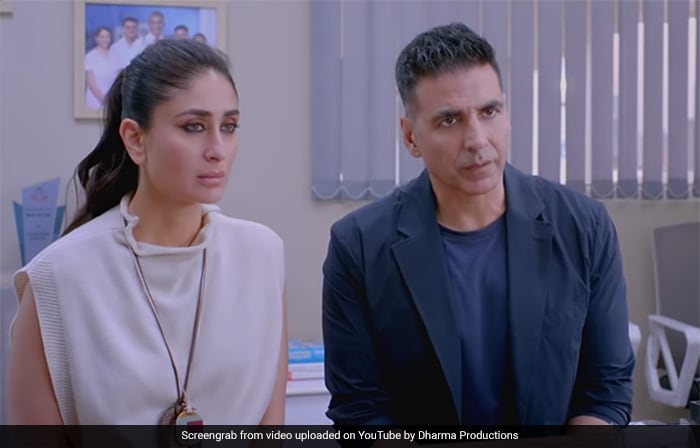 Good Newwz Movie Review: Akshay and Kareena in a still from the film.

The first half, which revolves around a successful entertainment journo who, seven years into her marriage, is so overwhelmed by the urge to bear a baby that she puts enormous, literally back-breaking pressure on her automobile industry executive-husband to get to work when she is ovulating, wallows in utter banality. Parts of the second half, focussed on the aftermath of the mix-up that occurs in a birthing facility, are infinitely livelier, until the film ambles into tearjerker territory by the time it begins to set itself up for the climax. The erratic and abrupt tonal shifts sow seeds of uncertainty and undermine the comic timbre that the screenplay by Jyoti Kapoor strives for.

Be that as it may, Good Newwz may not be a total washout for all segments of filmgoers. Take its modest ambitions in your stride, do not hope for the world and let yourself go along with the flow of the uneven script and chances are that you might accept it as an eventually harmless romp triggered by a monumental obstetric error that causes a sperm swap and puts the two couples in question at odds with each other. The two pairs, one from Mumbai, the other from Chandigarh, have nothing in common with the exception of their surname, Batra, which is the reason for the muddle in the first place. One of the two couples is played with infectious effervescence by Kareena Kapoor Khan and Akshay Kumar, reuniting on the big screen after a gap of a decade. They are Deepti and Varun, a well-heeled, big city, career-minded pair who decide to make a baby through in vitro fertilization when they realize that the end of their fecund years might be nigh.

Diljit Dosanjh and Kiara Advani embody two uncomplicated individuals who are the exact opposites of Deepti and Varun. They don the garb of a loud, naive Punjabi couple, Honey and Monica. For Honey, sperm is spam. For Monica, English honours is English horrors and Gulzar's Raat Pashmine Ki is Raat Pasine Ki. The world they inhabit is far removed from the one that the other Batra couple occupies. Their paths cross because they too sign up for IVF treatment in the same fertility clinic, run by Dr. Joshi (Adil Hussain, funny without being facetious) and his fertility expert-wife (Tisca Chopra, delectably composed). During the embryo implantation procedure, a technician commits a mistake that sparks a series of awkward situations that swing between the sharp (all too rarely) and the screwy (more often than not).

Good Newwz Movie Review: Akshay, Kareena, Kiara and Diljit in a still from the film.

When Good Newwz is sharp, it generates a mild degree of hilarity, some of it emanating from the vivacity that Dosanjh brings to the table. When it is not, it is pretty pedestrian, wending its way through laboured moments that border on the silly and confused. But with Kareena plunging headlong into the madness that the plot rustles up and not holding back a whit, one can watch the film without worrying too much about the wobbles that tend to mar the ride.

Akshay, shedding his patriotic change-agent garb for once, makes the most of the bearable lightness of the plot. The roles essayed by Dosanjh and Advani are reduced to Bollywood stereotypes. The man is a small-town version of a yokel, his wife is frivolity personified. The duo is painted into a corner from where they can only react to the mayhem swirling around them rather than drive the narrative. The two actors do the best that they can. 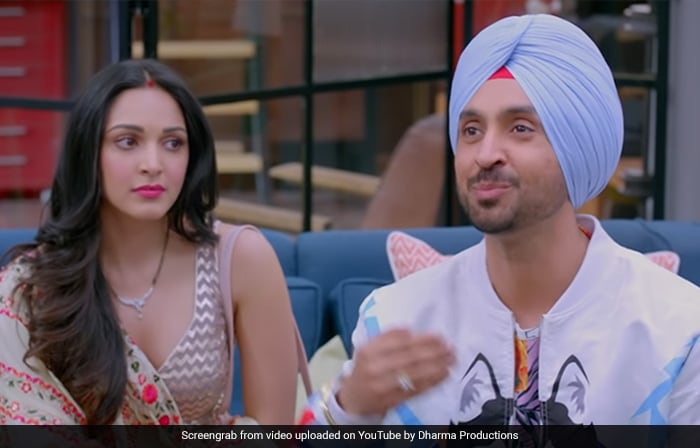 Good Newwz Movie Review: Kiara and Diljit in a still from the film.

The cast members constitute the spark that keeps Good Newwz from sinking irretrievably into vacuity. The actors, not the least Adil Hussain and Tisca Chopra, turn in spirited performances that enliven scenes by delivering the corniest of lines with conviction.

Unfortunately, the complexity and depth inherent in the principal plot point remain beyond the ken of a screenplay that thrives on broad strokes. Good Newwz is a film that can be watched nonetheless as we prepare for the advent of a new year and, hopefully, a better deal from Bollywood's hitmakers.