Good Newwz Box Office Collection: The film crossed the Rs 50 crore mark on Day 3 and made Rs 100 crore in less than a week 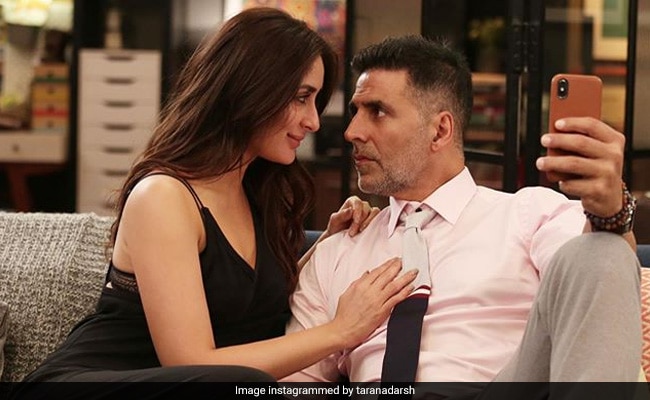 Taran Adarsh also listed down the benchmark achievements by Good Newwz at the box office. The film crossed the Rs 50 crore mark on Day 3 and made Rs 100 crore in less than a week. Rs 150 crore was fetched by Good Newwz in 10 days and now it's achieved the Rs 200 crore feat.

"All smiles everywhere. And thank you for all the love," tweeted Karan Johar, whose Dharma Productions produced the movie.

All smiles everywhere! THANK YOU FOR ALL THE LOVE #GoodNewwz@akshaykumar#KareenaKapoorKhan@diljitdosanjh@Advani_Kiara@apoorvamehta18@ShashankKhaitan@raj_a_mehta@NotSoSnob@ZeeStudios_@DharmaMovies#CapeOfGoodFilms@ZeeMusicCompanypic.twitter.com/I5s6G157JQ

Directed by Raj Mehta, Good Newwz also stars Diljit Dosanjh and Kiara Advani as a younger couple. In his review for NDTV, film critic Saibal Chatterjee wrote: "... With Kareena plunging headlong into the madness that the plot rustles up and not holding back a whit, one can watch the film without worrying too much about the wobbles that tend to mar the ride. Akshay, shedding his patriotic change agent garb for once, makes the most of the bearable lightness of the plot."

The box office is currently being dominated by Tanhaji: The Unsung Warrior, which is Ajay Devgn's film on Chhatrapati Shivaji's general Tanaji Malusare. Tanhaji clashed with Deepika Padukone's Chhapaak. Tanhaji made Rs 167 crore in 10 days.