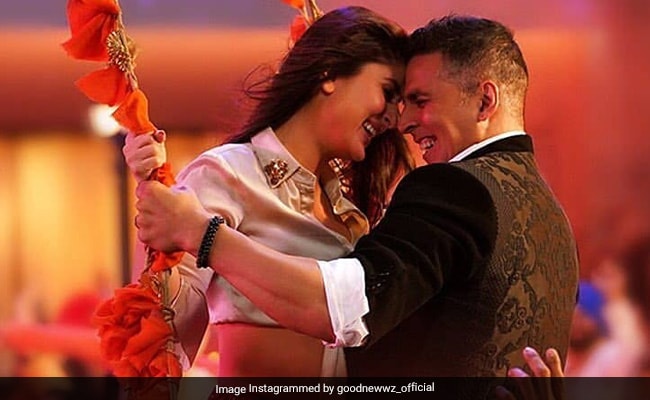 Good Newwz, starring Akshay Kumar and Kareena Kapoor is ruling the box office and how. The film, which opened in theaters last week, has managed to collect Rs 172.54 crore within 12 days of its release, reports Bollywood trade analyst Taran Adarsh. The film collected Rs 5.04 crore on Tuesday alone. In his tweet, Taran Adarsh stated that the film is in "no mood to slow down" and he also mentioned that the film is likely to cross the Rs 175 crore mark on Wednesday.

Good Newwz opened to largely mixed reviews from film critics. In his review for NDTV, film critic Saibal Chatterjee gave the film 2 stars out of 5 and he wrote: "Good Newwz is a film that can be watched nonetheless as we prepare for the advent of a new year and, hopefully, a better deal from Bollywood's hitmakers."

Good Newwz showcases the stories of two couples, who visit the same hospital for the IVF treatment and since both the couples share the last name, who end up being trapped in a comedy of errors after the hospital staff's mix-up. The film has been directed by Raj Mehta and it has been produced by Karan Johar, Hiroo Yash Johar, Aruna Bhatia, Apoorva Mehta and Shashank Khaitan.