Dabangg 3 Box Office Collection: Taran Adarsh pointed out that Dabangg 3 will be joined by the multi-starred Good Newwz on Dec 27 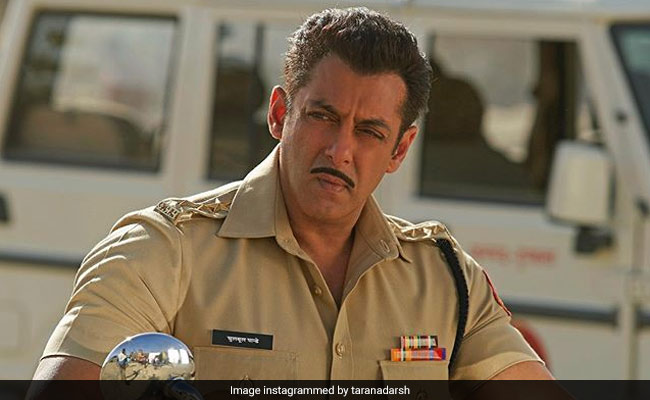 Taran Adarsh also pointed out that Dabangg 3 will be joined by the multi-starred Good Newwz on December 27. Describing good Newwz as "a big opponent" for Dabangg 3, Taran Adarsh added that it has the potential to "make a dent" in Dabangg 3's performance in theatres: "Dabangg 3 also needs to sustain *after Week 1*, since it faces a new, big opponent [Good Newwz], which is expected to make a dent in its screens, shows and most importantly, market share... New Year holidays ahead should prove advantageous."

Directed by Prabhu Deva and produced by Salman Khan Films, Dabangg 3 opened to receive mixed responses from critics on Friday. In his review for NDTV, Saibal Chatterjee wrote: "Dabangg 3 provides fans of the franchise exactly what they are looking for - the lovable crime-buster who does not shy away from bending the rules when faced with situations and people that are tricky and spell trouble."