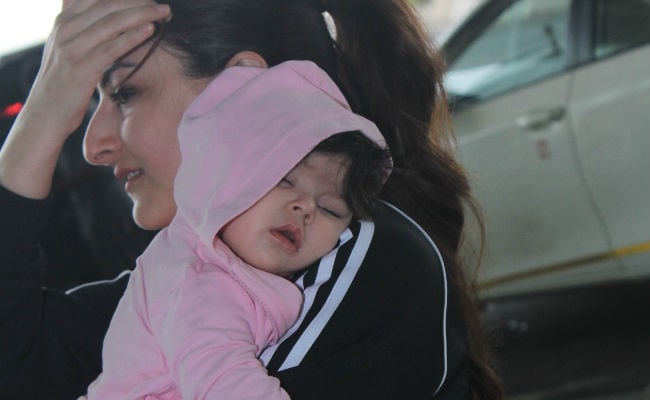 New Delhi: Soha Ali Khan, who recently became a published author, told news agency IANS that her three-months-old daughter Inaaya Naumi is her 'latest project and happily so.' Soha, who is married to actor actor Kunal Kemmu, welcomed her daughter in September last year. "I think everyone keeps asking what my next project is. I think project Inaaya is taking up most of my time right now and quiet happily so," Soha told IANS on the sidelines of said Delhi Times Fashion Week. She was designer Neeta Lulla's showstopper. Soha Ali Khan's first book The Perils Of Being Moderately Famous released last month.

Soha Ali Khan also shared what she has planned for her daughter. "I want Inaaya to be her own person. I would like her to have open communication with me. Things like integrity, trust, loyalty, being kind to others, are some of the things I would like to see in her," IANS quoted her as saying.

Last week, Soha revealed how Inaaya's playdate with her cousin Taimur (son of Saif Ali Khan and Kareena Kapoor) makes Saif a 'worried' dad. Soha told DNA: "Taimur is at an age where he wants to explore everything. He is also into snatching things and throwing them away. Inaaya is too small now and so we are constantly scared to have them too close to each other. Especially Bhai gets really worried whenever Taimur tries to get closer to where Inaaya is."

Promoted
Listen to the latest songs, only on JioSaavn.com
Soha Ali Khan was last seen in Ghayal Once Again and her upcoming film is Saheb, Biwi Aur Gangster 3.