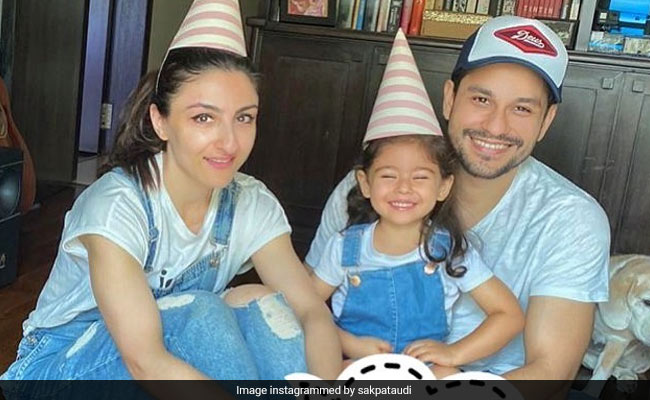 Happy birthday, Kunal Kemmu! Soha Ali Khan shared glimpses of her husband's birthday celebrations at home and needless to say that their daughter Inaaya played a major role in making Kunal Kemmu's birthday super special. Soha shared a bunch of photos on her Instagram story, one of them, featuring a just-woken-up version of Kunal Kemmu. "Happy birthday," she wrote. The next one turned out to be an adorable father-daughter moment, in which Kunal can be seen smiling ear-to-ear after Inaaya presented him the "best gift ever." Kunal's birthday gift from Inaaya is a framed artwork of their hand impressions with the words "Best papa ever" written inside the frame. Take a look at Kunal Kemmu's quarantine birthday celebrations here: 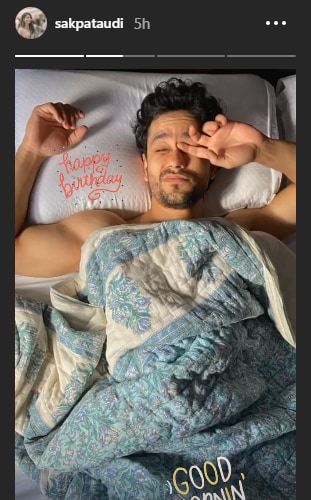 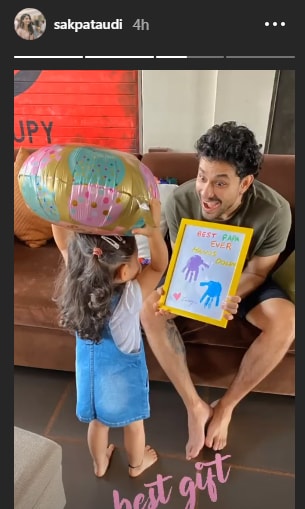 Well, Inaaya had a musical performance in store for Kunal Kemmu and here's how it went. Aww...

Soha Ali Khan also shared a birthday greeting for Kunal Kemmu on Instagram, in which the family of three can be seen twinning in denim-and-white combinations. "Happy birthday, Kunal Kemmu. For better or worse there's no one I'd rather be locked down with," wrote Soha.

Meanwhile, Kareena Kapoor wished her brother-in-law with a throwback photo from Inaaya's half-birthday celebrations in 2018. "We love you," she wrote.

Kunal Kemmu and Soha Ali Khan got married in January 2015 and the couple welcomed Inaaya in September 2017. Inaaya is just nine months younger to his cousin Taimur, Saif Ali Khan and Kareena Kapoor's son. On the work front, Kunal Kemmu was last seen in this year's release Malang. He is best known for starring in films such as Go Goa Gone, Kalyug, Zakhm and two Golmaal films.