Smile Please: Alia Bhatt And Ranbir Kapoor Had This Much Fun When Their Ride Broke Down

Alia Bhatt and Ranbir Kapoor, brand ambassadors of Lay's chips, recently featured in a promotional song for the brand 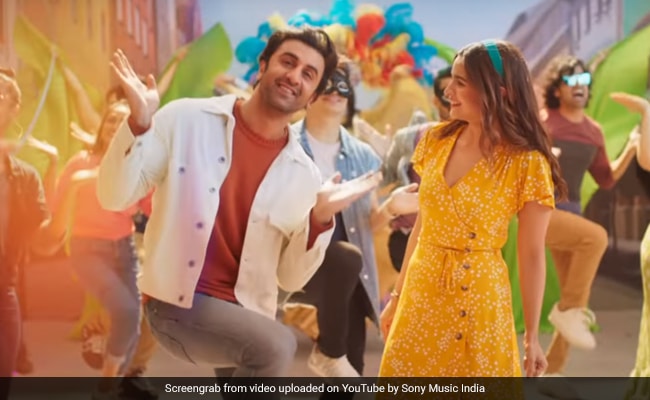 Alia and Ranbir in a still from the song (courtesy YouTube)

Alia Bhatt and Ranbir Kapoor, brand ambassadors of Lay's chips, recently featured in a promotional song for the brand and it's an absolute delight to watch. The music video, titled Smile Deke Dekho, basically means a smile can fix anything and everything from a bad day to a bad mood. The song beings with Ranbir getting agitated with a bus breaking down whereas Alia, munching on a bag of chips, appears to be in absolute zen mode. She nudges Ranbir Kapoot to buckle up for a fun-filled ride and next you know, Alia and Ranbir are in a pub, dancing to their hearts content. All of this happened in one shot, BTW. The song Smile Deke Dekho will sort of remind you of the Dil Dhadakne Do track Gallan Goodiyan because the entire song is divided into just two long shots.

As the camera blurs out, Ranbir Kapoor realises he was dreaming all of this and also comes to the conclusion that life is a lot better with a smile on one's face. Meanwhile, the broken down bus is fixed now but Ranbir is in no mood to fix it. This time, he drags Alia Bhatt to the dance floor and they have a blast!

Here's how Alia Bhatt and Ranbir Kapoor dance their heart out:

Smile Deke Dekho is the first proper glimpse of Alia Bhatt and Ranbir Kapoor together on screen. They are currently shooting for Brahmastra, which will mark their first film together. Directed by Ayan Mukerji, Brahmastra is all set to hit screens next year.