Gauahar Khan Thinks This "Improves Face Value." Who Are We To Disagree? 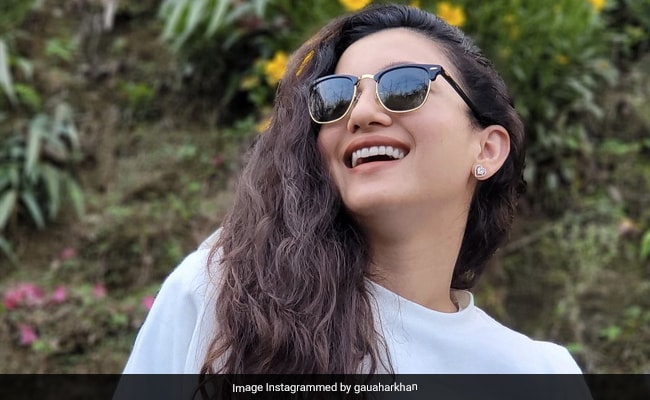 Gauahar Khan has added some much-needed cheer to Instagram with her latest picture. The actress is sporting the brightest smile in the photo. Dressed in a white sweater, Gauahar clicked the photo during one of her recent vacations to Kurseong, Darjeeling with her husband, Zaid Darbar. In one of the two clicks, she is also sporting a stunning pout. For accessories, Gauahar opted for a pair of sunglasses and a black sling bag. We also love her naturally curly tresses that she left open. While posting the photo, Gauahar did not forget to share a message about the importance of smiling. She wrote in the caption: “Smile: it improves your face value.” Fans and followers of the 37-year-old showered lots of love in the comments section. Several Instagram users described the photos with words such as "beautiful" and "perfect".

It's not the first time that the actress has won our hearts with her social media post. Recently, she shared a dance video on the platform and asked her followers to spot someone special. Gauahar, who had injured her finger, said that she shared it as her practice session turned out well. “So I have an injured finger, but I was just practising this and thought it turned out well, so posting it. Can you spot someone special in this video?” wrote Gauahar.  Actress Eisha Chopra left a comment that read, “You dance well for a broken finger.”

Today, she posted another video from the same routine. This time, it also features her cat Snow. “Take 2: with a special guest in the Reels. Wonder what's on Snow's mind. Hahaha...but...doesn't ever leave me .”

Gauahar was last seen in the web series Tandav, starring Saif Ali Khan in the lead role. She has appeared in several movies such as Ishaqzaade, Rocket Singh: Salesman of the Year, Badrinath Ki Dulhania and Begum Jaan.