"I am an individual and I make my decisions on a personal level," said Gauahar Khan 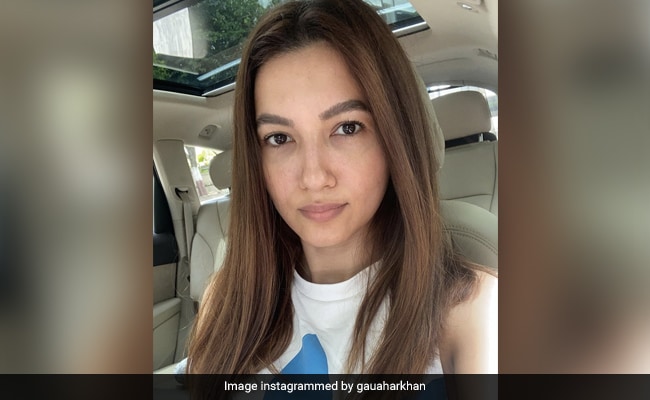 Gauahar Khan recently interacted with her fans during an Instagram Live session, where she was asked by user why she didn't condole Hina Khan's father's death. TV star Hina Khan lost her father to cardiac arrest recently. Gauahar, who worked with Hina during the latest season of the TV reality show Bigg Boss 14 (where the two featured as 'seniors'), said during the live session, "Because I am not a fake person to put it out only on social media. What I had to do, I did it. My connection with Hina is from my heart and I don't need to prove my connection to really silly people like you. So, please keep your negativity to yourself and don't bring it here. I am an individual and I make my decisions on a personal level."

Gauahar Khan said, "This just makes me so angry" and added, "What I feel and how I feel, I react accordingly, and I will always do that, and I have her dad in my prayers, her in my prayers, and I don't need to prove anything to silly people like you, who only live your lives on social media and think just by putting a condolence on social media, you are feeling something, that's not true. When you feel, you feel. And, when you feel, you reach out to the person. You don't have to prove it to the janta, understand... This just makes me so angry."

This is the video Gauahar Khan posted:

Gauahar Khan also lost her father due to health complications last month. "My hero. No man like you, ever ! My father has passed to the ever after as an angel . Alhamdulillah. His passing away was a testament to his beautiful life and the best soul he was. Forever my papa. I love you oh so much. I am so much of you Papa and yet can never ever be even a percent of your magnanimous personality. #MyForeverShiningStar. Keep him in your prayers please," Gauahar wrote in her tribute to her father.

Gauahar Khan was last seen in Amazon Prime Video's web-series Tandav, starring Saif Ali Khan, Dimple Kapadia and Tigmanshu Dhulia. Gauahar, a former model, starred in the reality show The Khan Sisters..Other than that, the actress has also featured in the Hindi version of The Office, and has participated in reality shows such as Jhalak Dikhhla Jaa 3, Bigg Boss 7 and Fear Factor: Khatron Ke Khiladi 5. She has also featured in films like Rocket Singh, Game and Ishaqzaade.