The web series will be co-produced by Priti Sinha 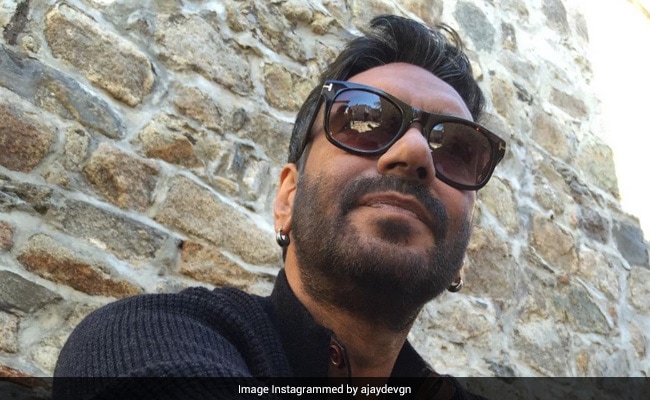 Actor-producer Ajay Devgn, on Tuesday, announced his new production venture, which is a web-series adapted from Vikas Swarup's 2016 novel Six Suspects. Ajay Devgn shared the update through a tweet. Ajay Devgn is set to co-produce the series along with filmmaker Priti Sinha. Six Suspects will be directed by filmmaker Tigmanshu Dhulia. It will star Scam 1992 star Pratik Gandhi and actress Richa Chadha in the pivotal roles. "Priti Sinha and I are happy to announce that we are producing the adaptation of Vikas Swarup's novel 'Six Suspects' into a web series for Disney + Hotstar, directed by Tigmanshu Dhulia," Ajay Devgn wrote in his tweet. Writer Vikas Swarup reacted to Ajay Devgn's tweet and said that he is "looking forward to seeing it on the television screen."

@pritisinha333 and I are happy to announce that we are producing the adaptation of @VikasSwarup's novel "Six Suspects" into a web series for @DisneyplusHSVIP, directed by @dirtigmanshu@nammsinha@AamodSinha@shreyoby@Meena_Iyer@pratikg80@RichaChadha#ADFandRLEMedia

It's been a wonderful experience working on #SixSuspects!!! Always been a fan of @VikasSwarup 's writing. So happy to work with this dream team @dirtigmanshu@pratikg80#RaghuSir et al. Thank you for this amazing opportunity @ajaydevgn@pritisinha333https://t.co/4wG3dgj0Ow

Six Suspects will release on Disney + Hotstar. Makers are yet to reveal more details about the cast and the release date of the show. Besides Six Suspects, Ajay Devgn's other upcoming projects include the film Bhuj: The Pride Of India and web-series Rudra: The Edge Of Darkness.