Aankh Maare 2.0 will surely lead every party playlist in days to come 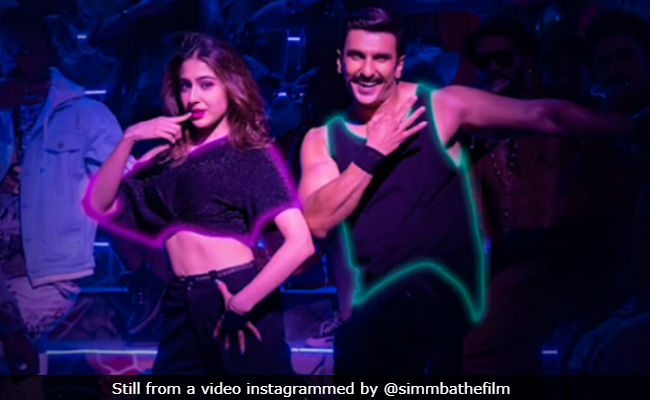 Aankh Maare redux for Simmba, starring Ranveer Singh and Sara Ali Khan, will surely lead every party playlist in days to come. The song from Tere Mere Sapne has been revised by (no points for guessing) Tanishk Bagchi. Though Ranveer Singh quasi-mocked Karan Johar's (producer of Simmba) affinity towards remixing old songs for his films on Koffee With Karan 6, he danced to the track with Sara enthusiastically. Making a brief appearance in the song, Karan Johar said: "Another remix!" Aankh Maare was originally picturised on Arshad Warsi and Simran Bagga and the former also makes a special appearance in the dance number, along with his Golmaal series co-stars Tusshar Kapoor, Kunal Kemmu and Shreyas Talpade.

Rohit Shetty has used several characters from his previous films to enhance the narrative of Simmba. For example, in the trailer of Simmba, Bajirao Singham (played by Ajay Devgn in the Singham series) introduces the audience to the protagonist of the new film. In Aankh Maare 2.0, Rohit Shetty has used characters from the Golmaal series to enhance the comic factor of the song.

In Simmba, Ranveer Singh plays the role of a corrupt cop, who realises his mistake after a life-altering event. Sara Ali Khan plays Ranveer's onscreen love interest in Simmba. The trailer of Simmba released earlier this week.