"When you see films like Zanjeer or Singham, you will see that the makers of those films have shown relevant issues," Rohit Shetty said 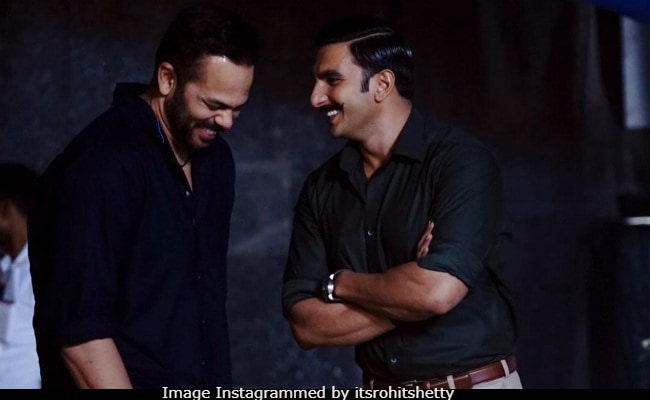 Filmmaker Rohit Shetty, who is gearing up for the release of his forthcoming film Simmba, has said that a filmmaker "can't show vague things" in a cop film. Rohit Shetty was interacting with media at the trailer launch of Simmba along with the film's cast - Ranveer Singh, Sara Ali Khan, Ashutosh Rana, Sonu Sood - and producer Karan Johar on Monday in Mumbai.

Simmba revolves around a corrupt police officer, who eventually stands up against rapists in the film.

"I think cop film works when you incorporate socially relevant issues in it. When you see films like Zanjeer or Singham, you will see that the makers of those films have shown relevant issues which existed during that time," Rohit Shetty said.

In Simmba, he has tried to address rape, which is a prevalent social nuance in India. "In Simmba, we have shown quite a relevant problem which has been faced by the entire country. It's our take about what we can do or what can happen to deal with the issue," he said.

"I think the film which shows reflection of a society onscreen gets appreciated by the audience. You can't show vague things as far as cop films are concerned. For a cop film, you have to deal with a problem which is there in the society," he said.

Rohit Shetty, in his career as filmmaker, has made pure masala entertainers but for the first time, he has addressed the issue of rape in Simmba.

Producer Karan Johar is keen to make a series of Simmba films along with Rohit Shetty. "Iska kya matlab hai.. neki aur pooch pooch (there is no doubt about it). Rohit's another name is Rohit 'Franchise' Shetty. He makes franchise of everything, but he can't make franchise of himself because there is no one who can become Rohit Shetty," said Karan Johar.

It stars Ranveer Singh, Sara Ali Khan and Sonu Sood in lead roles. The film is a Hindi remake of 2015 Telugu film Temper.

The film will release on December 28 this year.