"After Soni-Mahiwal, Romeo-Juliet, people will remember Sidharth-Shehnaaz," said Pavitra Punia, who was Sidharth and Shehnaaz's co-contestant in Bigg Boss 13 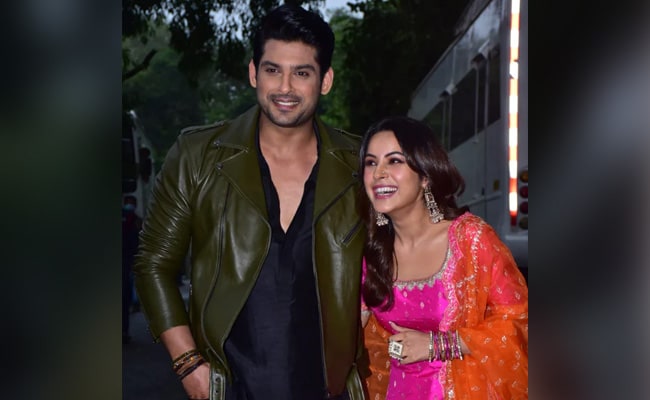 An old photo of Sidharth and Shehnaaz.

Actress Pavitra Punia, who was Sidharth Shukla and Shehnaaz Gill's co-contestant in Bigg Boss 13, opened up about their bond in a recent interview with Hindustan Times and shared that it "was no less than that of a husband and wife." Sidharth Shukla died at the age of 40 in Mumbai last week. He was the winner of Bigg Boss 13, where Shehnaaz emerged as the second runner-up. The duo were very close but they never officially acknowledged being a couple on the show and even after it concluded. Talking to Hindustan Times, Pavitra Punia, who co-starred with Sidharth Shukla in the show Love U Zindagi, said that "after Soni-Mahiwal, Romeo-Juliet, people will remember Sidharth-Shehnaaz."

She said: "Aaj main jab Shehnaaz ko dekthi hoon, toh rooh kaanp jaati hai (just looking at Shehnaaz now makes me shudder). People dream of having a pure bond like they had. I wouldn't say it was dosti or boyfriend-girlfriend. Yeh rishta pati patni se kam nahin tha (this relationship was no less than that of a husband and wife." After Soni-Mahiwal, Romeo-Juliet, people will remember Sidharth-Shehnaaz. Their fans are crazy about them. I was madly in love with the Shehnaaz and Sid Jodi. I hope she manages, stays strong to cope with the loss."

Shehnaaz Gill, who many times confessed on Bigg Boss 13 that she loved Sidharth Shukla, attended his last rites with his family at Mumbai's Oshiwara crematorium on Friday.

A few days after the actor's death, his family issued a statement "requesting privacy to grieve." Their statement read: "Heartfelt gratitude to everyone who has been a part of Sidharth's journey and showered him with unconditional love. It definitely doesn't end here as he now resides in our hearts forever. Sidharth valued his privacy, hence we request you to allow our family the privacy to grieve. A special Thank You to the Mumbai Police force for their sensitivity and compassion. They have been like a shield, protecting us and standing by us every minute of the day! Please keep him in your thoughts and prayers. Om Shanti -The Shukla Family."