Sidharth Malhotra On Rumoured Wedding To Kiara Advani: "Difficult To Keep It A Secret Today" 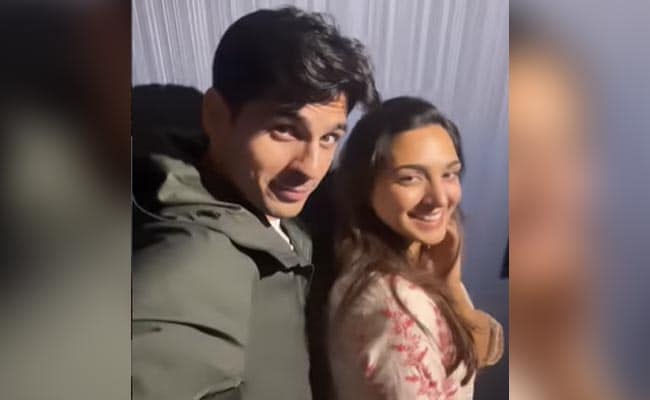 A still from the video. (courtesy: sidmalhotra)

Sidharth Malhotra and Kiara Advani have been creating a heavy buzz on the Internet over their rumoured wedding. Sidharth, who's rumoured to be dating his Shershaah co-star, in a recent interview with India Today addressed the speculation and said that the rumours "doesn't bother" him at all. He added that nowadays it's "difficult to keep a secret as somewhere or another will come out." "No, it doesn't bother me. After 10 years, I don't think there is anything to be bothered about," India Today quoted Sidharth saying.

Sidharth Malhotra added, "If I was getting married, I think it would be very difficult to keep it a secret today. We have realized that somewhere or another will come out."

Meanwhile, during her appearance at Karan Johar'sKoffee With Karan 7, Kiara Advani revealed that she and Sidharth Malhotra are "more than close friends." When Karan asked her, "Are you denying your relationship with Sidharth," to this, she said, "I'm neither denying nor accepting."

In another episode of Koffee With Karan, when Sidharth appeared with Vicky Kaushal, Karan asked him, "Now that you are dating Kiara Advani, are there any future plans? Anything that we should know about?" Sidharth replied, "Come on. See, he (Vicky Kaushal) was so secretive. And I should start telling my plans? It's all in my head. I am manifesting it today." When KJo interrupted him, "That you will marry Kiara Advani?" Sidharth said, "Not manifesting." When Karan asked again, "Is that a no or a yes?" Sidharth said, "A brighter happier future." Karan once again asked, "With Kiara Advani?" To which Sidharth replied, "If she would be, it would be great. But then I am manifesting right now. Let's see."

Meanwhile, on the work front, Sidharth Malhotra is gearing up for the release of his upcoming film Thank God with Ajay Devgn and Rakul Preet Singh.