Ajay Devgn is here to teach a lesson to Sidharth Malhotra 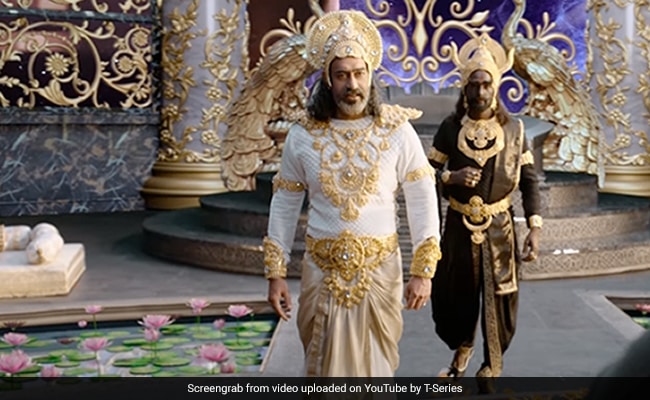 The makers of Thank God shared another trailer from the film on Thursday afternoon, calling it a Diwali-special treat. The trailer, just like the first one, chronicles the "game of life" played by modern day Chitragupt (Ajay Devgn) and Sidharth Malhotra, who is here to pay for his sins. In the trailer, Ajay Devgn introduces himself as "CG" as in Chitragupt. He tells Sidharth Malhotra that they are all set to play the game of life. A couple of PJs and a Manike dancing montage (featuring Nora Fatehi) later, Ajay Devgn schools Sidharth Malhotra about an important life lesson.

Ajay Devgn, sharing the trailer, wrote: "No one can outrun their karma or me. Thank God is on its way to make your Diwali more extravagant. Thank God Diwali trailer out now. In cinemas on 25th October." Sharing the same trailer, Sidharth Malhotra wrote: "Celebrate the festival of lights with Ayan as he ventures into the Game of life and redeems himself of all his sins."

Thank God has been directed by Indra Kumar and it has been co-produced by Bhushan Kumar, Krishan Kumar. The film marks Ajay Devgn and Sidharth Malhotra's first collaboration. Meanwhile, Ajay Devgn and Rakul Preet Singh have previously worked together in De De Pyar De and recently in Runway 34. The film is slated to release in theatres on October 25.

Drishyam 2 Trailer: Tabu And Akshaye Khanna Have Their Eyes Set On Ajay Devgn's House Of Secrets