Sidharth Malhotra On Criticism: 'It Adds Fire To My Belly'

"These things push me to try something new and different every time," said Sidharth Malhotra 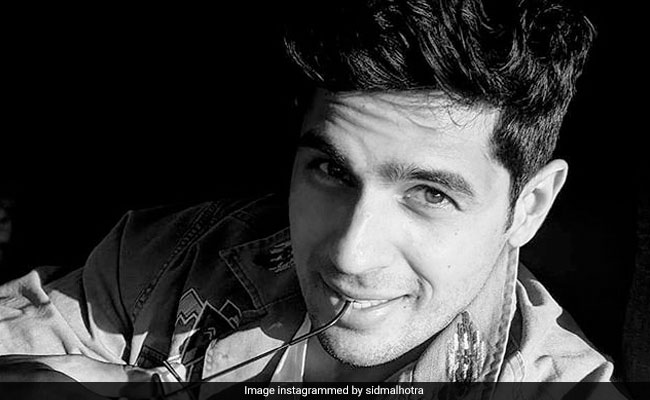 Actor Sidharth Malhotra, whose last film Jabariya Jodi faced dull reactions at the box office, says that "criticism and failure" add "fire" to his belly, reported news agency IANS. Sidharth's last few films such as Baar Baar Dekho, A Gentleman and Aiyaari didn't perform well at the box office but the 34-year-old star believes that "one should not analyse an actor's growth by one particular film." In an interview with IANS, Sidharth Malhotra talked about how failure motivates him and added: "Criticism and failure motivate me, and add fire to my belly. These things push me to try something new and different every time. Sometimes, thing go in your favour, at other times they do not. It does not mean you should stop putting in your best. It's part of the journey."

The Student Of The Year actor said that failure affects him but he maintains a positive outlook. "One should not analyse an actor's growth by one particular film. I know there were films that did not do well and I would be lying if I say failure does not affect me. It affects me, but I know how to deal with it. I maintain a positive outlook," IANS quoted Sidharth as saying.

Talking about the role of social media as one of the biggest critics, Sidharth said that "each person is a critic now." He said: "What your film is about, what's the content, how one has performed - everything comes out on social media within seconds. You can read what people have written about you or what they feel about you... It has become easy to know where you are going wrong or where you are lacking, or what the audience wants from you. Each person is a critic now."

On the work front, Sidharth Malhotra is now prepping for Captain Vikram Batra biopic Shershaah, in which he will share screen space with Kiara Advani. The film revolves around the life of Captain Vikram Batra, who served the nation during the Kargil War of 1999.