Sidharth Malhotra Is A Gentleman But A 'Risky' One

Sidharth Malhotra is the gun-holding, rule-breaking gentleman, who has also been described as: "sundar, susheel and risky." 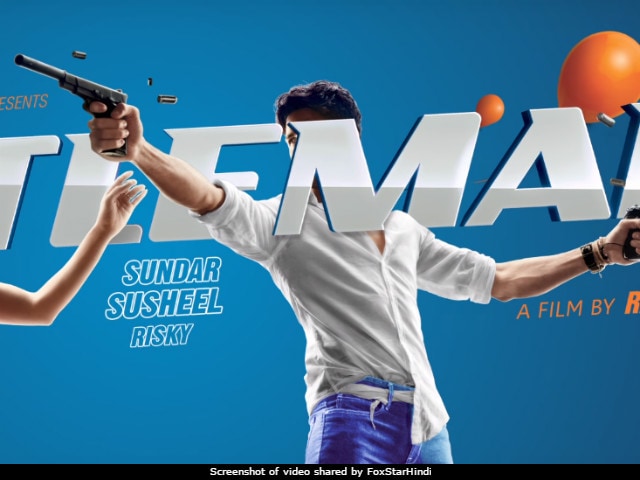 Sidharth Malhotra co-stars with Jacquline Fernandez in A Gentleman(courtesy )

New Delhi: Sidharth Malhotra just dropped the first teaser of his new film A Gentleman, co-starring Jacqueline Fernandez. The teaser reveals that Sidharth stars in the titular role but there's a twist in the tale. He is the gun-holding, rule-breaking gentleman, who has also been described as: "sundar, susheel and risky." On Twitter, Sidharth introduced his new onscreen persona with the bio: "Get ready to meet the Sundar, Susheel, Risky me." Meanwhile, his Jacqueline tweeted: "All set for a sundar, susheel and risky gentleman?" Jacqueline Fernandez also makes an appearance in the animation like teaser of the film. She undoubtedly plays the Gentleman's love interest in the film. Sidharth and Jacqueline have also co-starred in Akshay Kumar's Brothers.

Get ready to meet the Sundar, Susheel, Risky me. Catch a glimpse of #AGentleman! @Asli_Jacqueline@foxstarhindihttps://t.co/CdNVOtxYKL

Meanwhile, Karan Johar is particularly in love with the teaser, hailing the film as "the coolest of the year" already. "This is undoubtedly the coolest film of the year," tweeted the 45-year-old filmmaker, who also launched Sidharth in Bollywood in Student Of The Year.

This is undoubtedly the coolest film of the year!! Way to go @S1dharthM@Asli_Jacqueline@foxstarhindihttps://t.co/tAB9a5CRej August 25th!!

A Gentleman wrapped its shooting in February, till when it was being referred to with the working title Reload. Sidharth and Jacqueline's film has been helmed by Raj Nidimoru and Krishna DK, the directors of Shor in the City and Go Goa Gone. Earlier, it was speculated that the action entertainer would be a sequel to Hrithik Roshan's Bang Bang! but Sidharth and Jacqueline dismissed such reports with this post:

Promoted
Listen to the latest songs, only on JioSaavn.com
Suniel Shetty is also expected to make a comeback with Sidharth and Jacqueline's new film, which has been shot extensively in Thailand, USA and India.

Fans will meet A Gentleman in the theatres on August 25.

Lipstick Under My Burkha Finally Gets A Release Date. It's July 28