Sidharth Malhotra Begins Shooting For Marjaavaan. Shares His Look From The Film 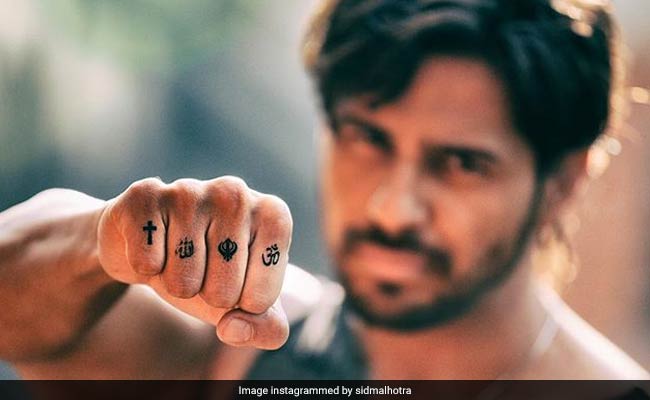 Marjaavaan is Sidharth Malhotra's and Riteish Deshmukh's second film with Milap Zaveri, who previously wrote their 2014 film EK Villain. The film will be Rakul Preet's second collaboration with Sidharth Malhotra, who had earlier featured with the actress in Aiyaari, which released earlier this year.

Bhushan Kumar, who is the co-producer of the film, also shared a picture featuring himself with the cast and director of the film. "Here we go again on an exciting journey beyond limits. Marjaavaan together today. Best of luck to the entire team," Bhushan Kumar captioned the photo.

Here we go again on an exciting journey beyond limits.. #Marjaavaan together today. Best of luck to the entire team! @Riteishd@SidMalhotra@tarasutaria__@Rakulpreet@zmilap@nikkhiladvani@TSeries@EmmayEntertain@madhubhojwani@monishaadvanipic.twitter.com/dmp6qlS653

Filmmaker Milap Zaveri announced that Rakul Preet is part of the film with a tweet last month. "Gives me great joy to welcome the gorgeous and talented Rakul Preet Singh to Marjaavaan. Dialoguebaazi and dhamaka en route!"

Tara Sutaria, who is making her Bollywood debut with Student Of The Year 2, announced she is part of the film with this post on Instagram.

So so thrilled to announce #Marjaavaan - A love worth dying forMy second film with the amazing @s1dofficial @riteishd releasing October 2nd, 2019! Thank you for having me on board! @nikkhiladvani @milapzaveri @emmayentertainment @tseries.official