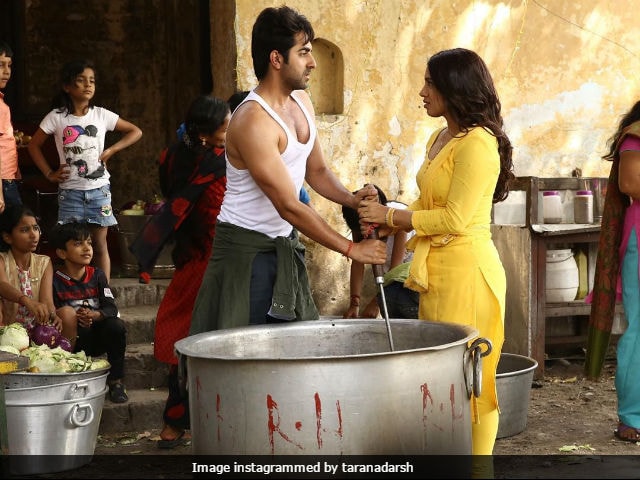 #ShubhMangalSaavdhan had a STRONG Week 1... Showed EXCELLENT GROWTH over the weekend... STEADY run on weekdays... #SMS

With a crowded Friday again [multiple films + holdover titles], #ShubhMangalSaavdhan will have to maintain the pace in Week 2... #SMS

Shubh Mangal Saavdhan has been produced by Aanand L Rai, who has helmed films like Tanu Weds Manu and Raanjhanaa. The film, which is a remake of 2013 Tamil movie Kalyana Samayal Saadham, deals with the subject of sexual disorder.

In the film, Ayushmann features as a Gurgaon-based sales manager Mudit, who is dealing with a 'gent's problem.'

In his review for NDTV, film critic Saibal Chatterjee wrote, "Shubh Mangal Saavdhan is worthy of applause for the way it breaks the patriarchal notions of masculinity that have been perpetuated ad infinitum by the popular strain of Indian cinema that has been built around a mard who feels no dard. Here the hero's anguish and bewilderment are real and his frailties, physical and emotional, aren't blamed upon anybody else but himself. It is he who's got to sort it out in the mind and the body, with, of course, a great deal of help from the woman in his life."