Shruti Haasan, In A Throwback State Of Mind, Shares Pic With Sister Akshara

Earlier, Shruti Haasan revealed that her family is self-isolating in four different houses 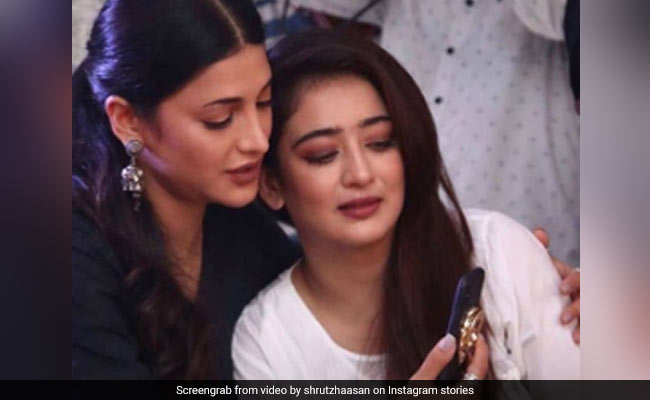 Shruti Haasan, who is currently staying in Mumbai, was missing her sister Akshara (in Chennai) big time, so she posted an adorable throwback with her on her Instagram story on Tuesday. As revealed by Shruti in her caption, the aforementioned photograph happens to be from an event that the Haasan sisters attended together. Shruti captioned her post: "Missing you Akshara Haasan. Also, what are we doing on my phone in the middle of an event ?" Shruti and Akshara are daughters of Kamal Haasan and Sarika. In an interview earlier this year, Shruti said that her family is self-isolating in four separate houses. Her father Kamal Haasan, and her sister Akshara are currently in Chennai, but they are staying in separate houses, while her mother Sarika is staying in a different house in Mumbai. 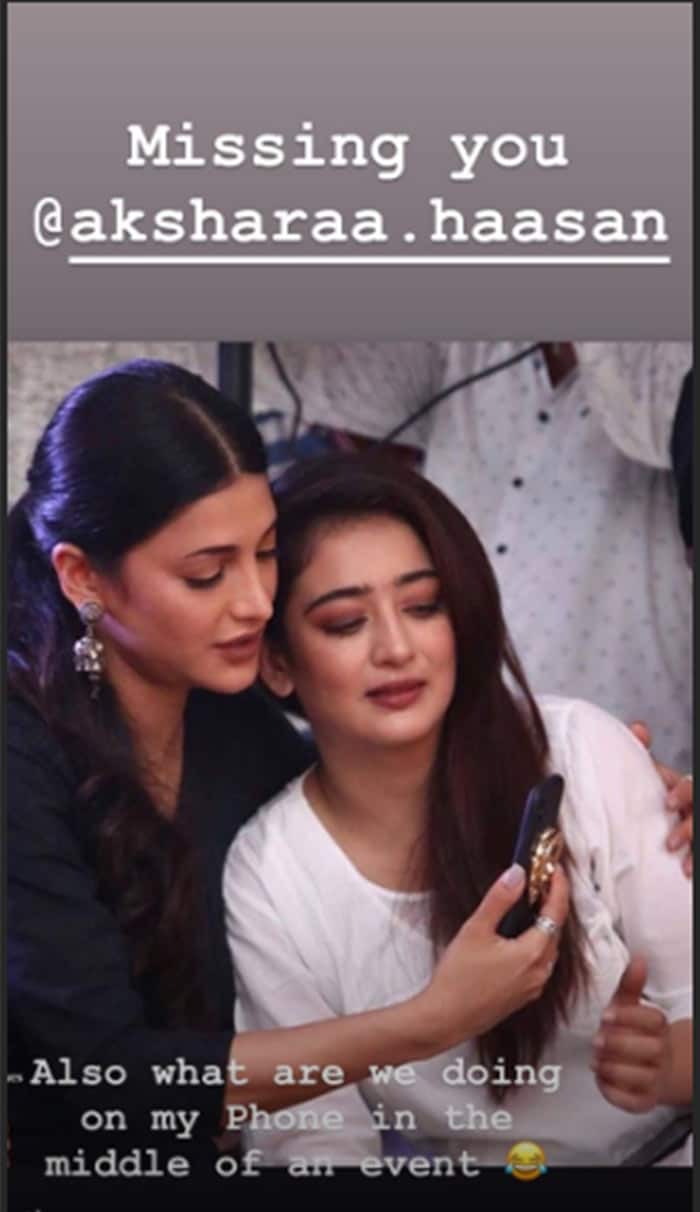 Shruti Haasan has starred in several Tamil as well as Bollywood films. She stepped into Bollywood with the 2009 film Luck, co-starring Imran Khan. She has also been a part of films such as Welcome Back, Ramaiya Vastavaiya, Dil Toh Bachcha Hai Ji and D-Day among others.

Akshara made her Bollywood debut with the 2015 film Shamitabh, co-starring Amitabh Bachchan and Dhanush. She also featured in Laali Ki Shaadi Mein Laaddoo Deewana and Vivegam.