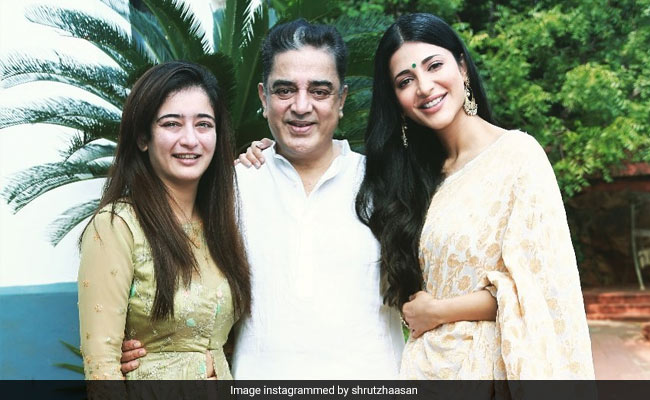 Seems like Shruti Haasan and her family are practicing self-isolation very seriously, so much so that they have been living in separate houses. In a recent interview with Mumbai Mirror, the Luck actress revealed that due to the coronavirus outbreak, her family has self-isolated. She revealed that her father and veteran actor Kamal Haasan, and her sister Akshara are currently in Chennai, but they are staying in separate houses, while her mother Sarika is staying in a different house in Mumbai. "My entire family has self-isolated. Mum is in Mumbai as well but in another apartment. Dad and Akshara are in Chennai but in separate houses. All of us had different travelling schedules and it didn't make sense for us to isolate together. That's the decision I feel people should make," Shruti told Mumbai Mirror.

Speaking of her quarantine experience, Shruti Haasan said, "I am used to being by myself. The difficult part is not having the option to go out and the looming fear of what all of this means for us. People have started taking it seriously in the last few days. Thankfully, by the time I returned, the shoots were also getting cancelled."

Shruti Haasan has starred in several Tamil as well as Bollywood films. She stepped into Bollywood with the 2009 film Luck, co-starring Imran Khan. She has also been a part of films such as Welcome Back, Ramaiya Vastavaiya, Dil Toh Bachcha Hai Ji and D-Day among others. The actress' upcoming projects are Krack (Telugu) and the Tamil film Laabam.