Shreyas Talpade's Bottle Cap Challenge Cracks The Internet Up And How 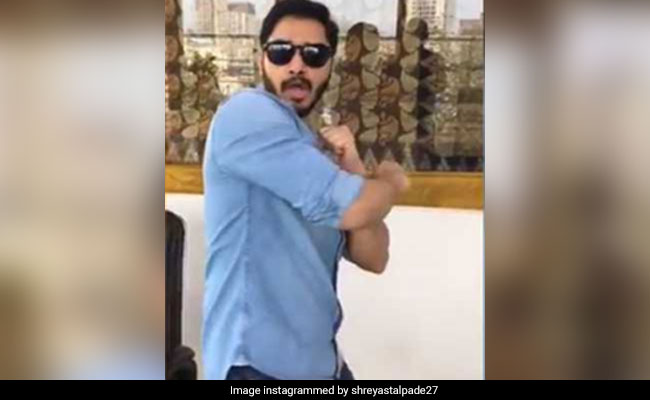 Shreyas Talpade in a still from the video. (Image courtesy: shreyastalpade27)

The Internet is currently obsessed with the Bottle Cap Challenge. For those who don't know, Bottle Cap Challenge is a viral social media challenge as a part of which the participants are supposed to unscrew a bottle cap using flying kick technique. Several Bollywood stars have been actively sharing their renditions of the viral social media challenge (but more on that later). The latest addition to the list is actor Shreyas Talpade. On Friday, the 43-year-old actor shared a hilarious albeit informative video. The video begins with Shreyas showcasing some interesting spins only to reaslise that he forgot to put the cap on the bottle. Shreyas' expressions are too amusing to be missed in the video. That's not it, he even accompanied his post with a social message to save water. "Save as much water as you can. Every drop counts," Shreyas says at the end of the video.

Take a look at Shreyas Talpade's rendition of the Bottle Cap Challenge:

Shreyas' Golmaal Again co-star Kunal Kemmu also nailed the challenge and how. In the video, Kunal can be seen prepping for the drill. However, he surprised his fans by unscrewing the bottle cap and drinking the water. He captioned the post: "BottleCapChallenge #stayhydrated and thank god for opposable thumb."

Without much ado, take a look at the video here:

Akshay Kumar sort of started the Bottle Cap Challenge in India. The actor, who has mastered several forms of martial arts, shared a video of himself, in which he used a flying kick to unscrew the bottle. Check out the video here:

I couldn't resist #BottleCapChallenge Inspired by my action idol @JasonStatham, I will repost/retweet the Best I see, come on Guys and Girls get your Bottle out and your Legs in the Air, Let's Do This #FitIndia #WednesdayMotivation

So far, Tiger Shroff , Vidyut Jamwal, Sushmita Sen, Rohaman Shawl have accepted the Bottle Cap Challenge. Whose rendition did you like the best? Tell us using the comments section below.