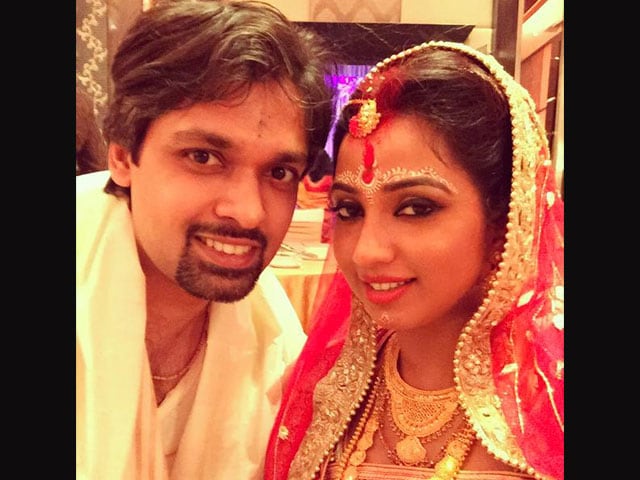 Shreya also posted a photo of herself - decked up as traditional Bengali bride in red, her forehead decorated with sandalwood and vermilion - and her new husband. Shiladitya Mukherjee is a digital entrepreneur and co-founder of the app hipcask.