Shilpa Shetty and Raj Kundra hosted a Diwali party at their Mumbai residence, which was attended by A-listed stars of Bollywood 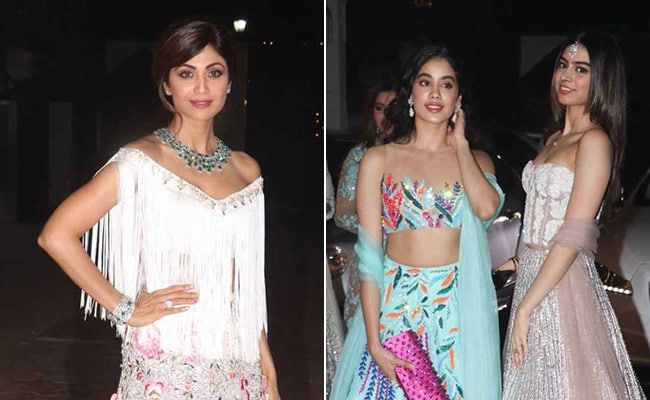 Shilpa Shetty, Khushi and Jhanvi Kapoor at the Diwali bash.

New Delhi: Our favourite celebrities have yet again elated us on Diwali by posting some gorgeous pictures from Diwali parties, which they had with their friends and colleagues from the industry. On the Diwali night, which was yesterday, actress Shilpa Shetty and her husband Raj Kundra hosted a party at their Mumbai residence, which was attended by A-listed stars of Bollywood like Rishi Kapoor, Anil Kapoor, Bipasha Basu with husband Karan Singh Grover, Sridevi and Boney Kapoor along with their daughters Khushi and Jhanvi Kapoor, Soha Ali Khan and Kunal Khemu, Farah Khan, Dia Mirza and others. The celebs were dressed in their traditional-best for the party and were all smiles.

Shilpa looked stunning in a white fringe top paired with a floral skirt designed by Manish Malhotra and accessorised her look with green necklace by Mehernosh Heeramaneck. 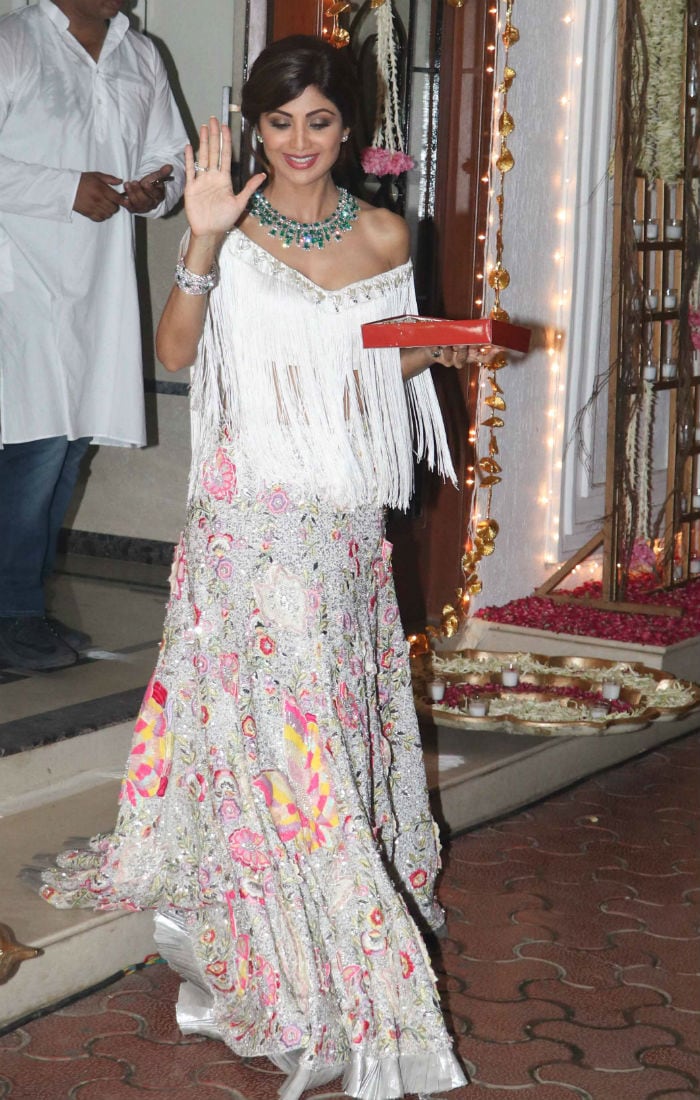 Shilpa's husband businessman Raj and their son Viaan Raj Kundra were twinning in a bright red kurta and white pyjama. They posed and smiled at the cameras for a perfect father-son picture at the Diwali celebrations. 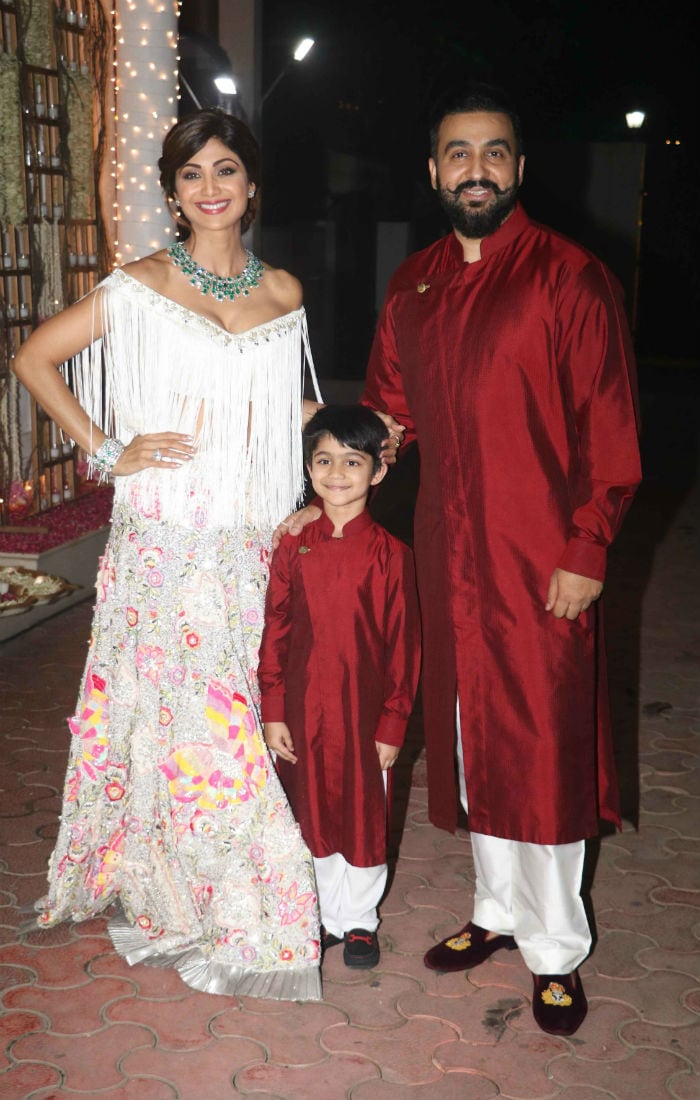 Shilpa's sister Shamita Shetty was no less than a princess in a peach ensemble by Manish Malhotra. She was completely in the festive vibes and was photographed with her mother Sunanda Shetty. 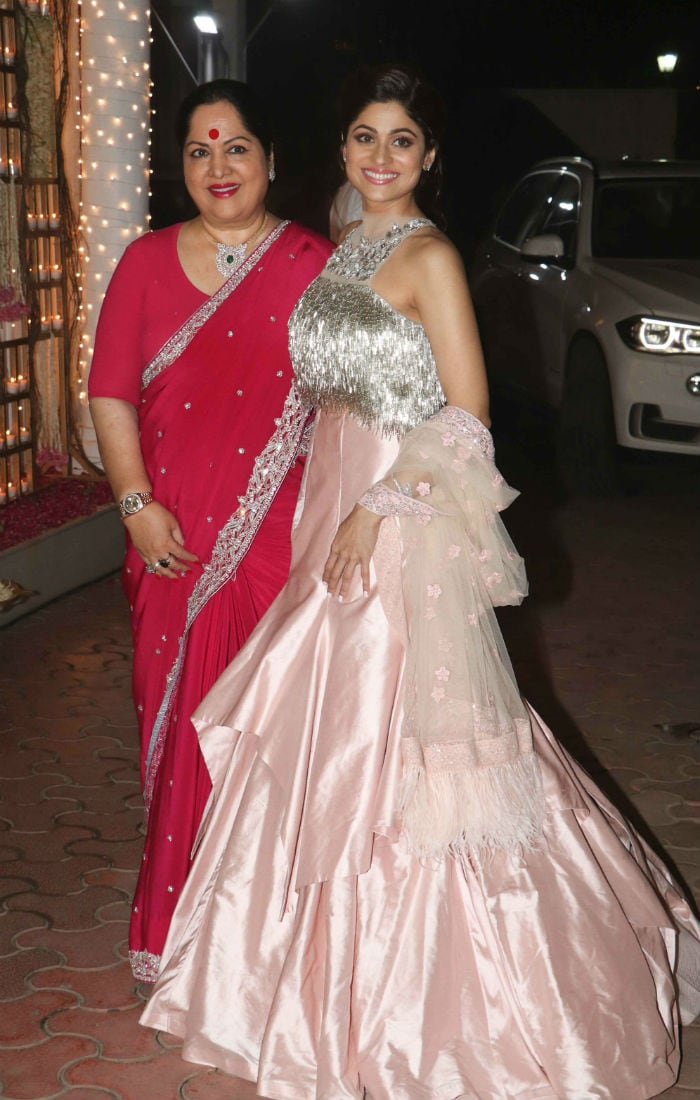 The stars of the Diwali party were Sridevi and her beautiful teenaged daughters Khushi and Jhanvi Kapoor. Sridevi dazzled in a Manish Malhotra sari while the daughters also followed into their mother's footsteps in Manish Malhotra's pretty ensembles. 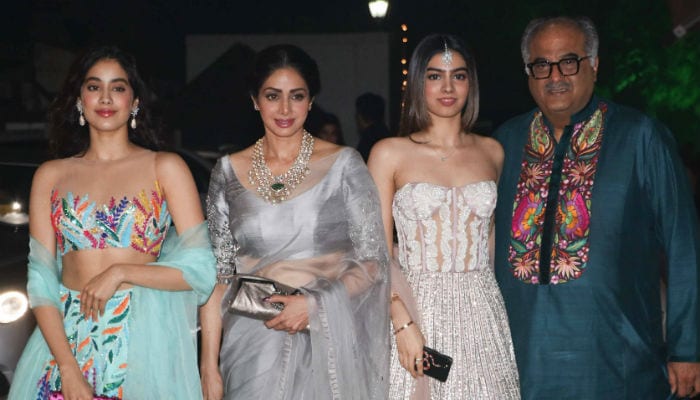 Jhanvi chose to wear a blue floral lehenga and choli while Khushi shined in a peach off shoulder dress. 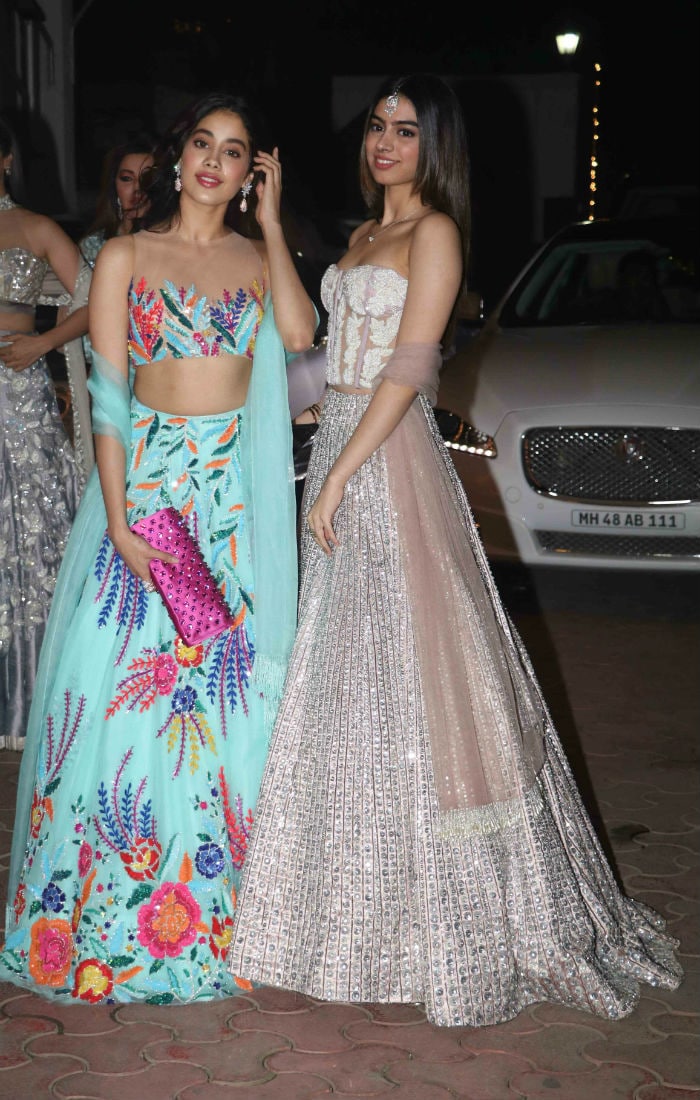 Rishi Kapoor was handsome in a bright red and black pathani suit paired with a Nehru jacket. 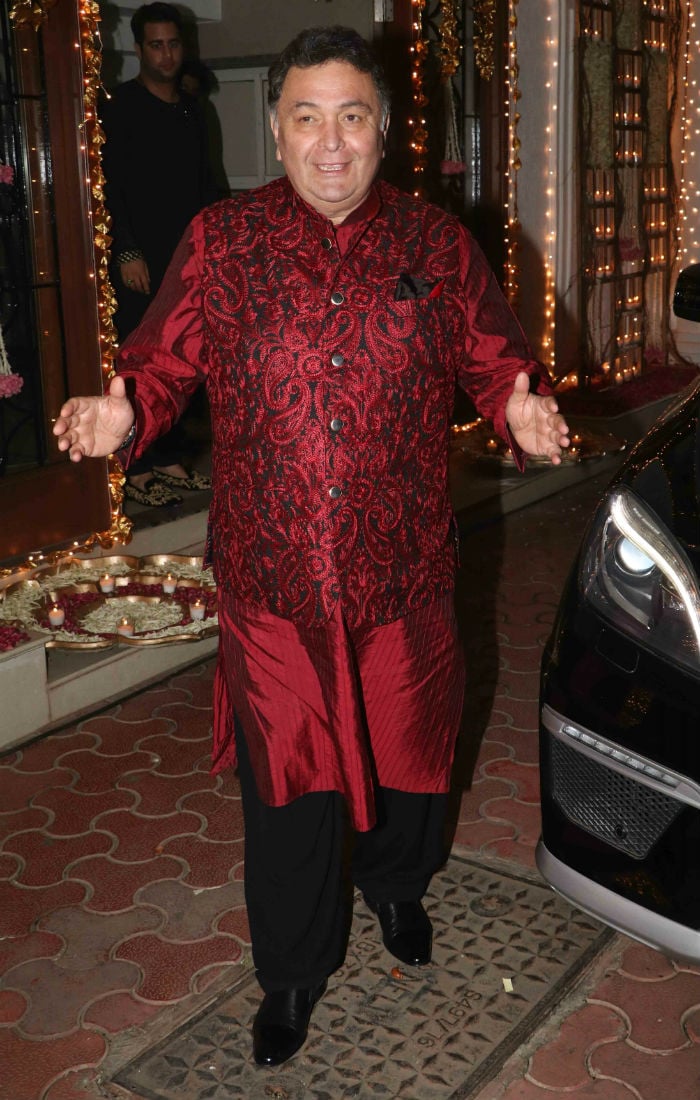 Soha Ali Khan and Kunal Khemu, who recently became parents to daughter Inaaya, complimented each other in bright traditional attires. 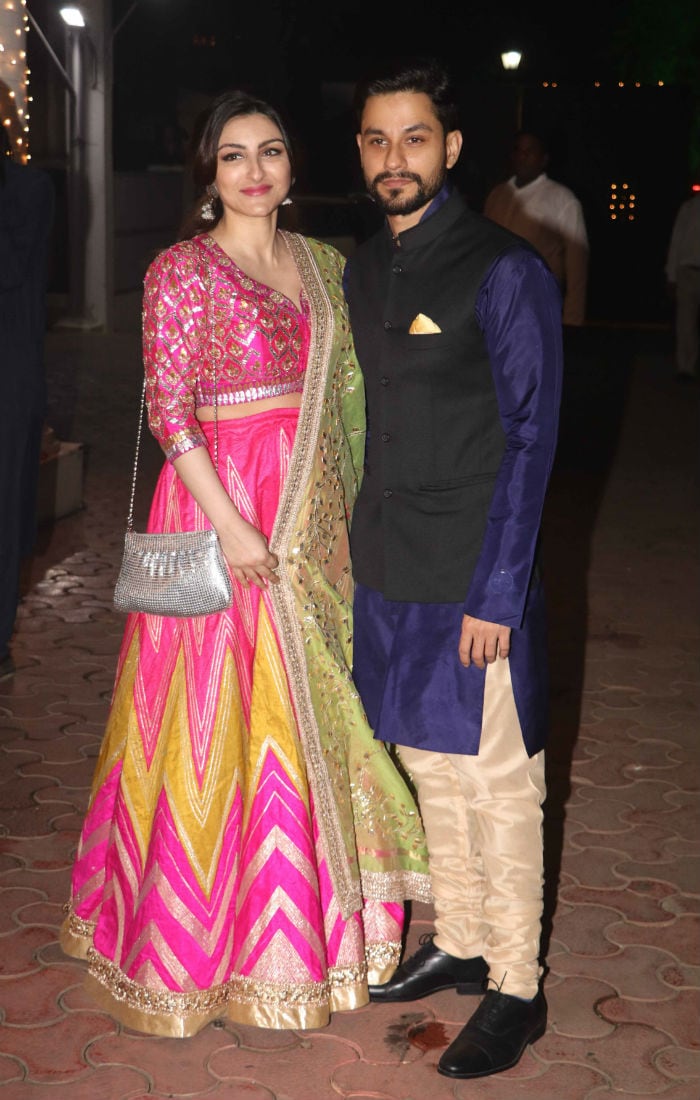 Promoted
Listen to the latest songs, only on JioSaavn.com
Here are some of your favourite celebrities who attended the star-studded Shilpa Shetty's party. 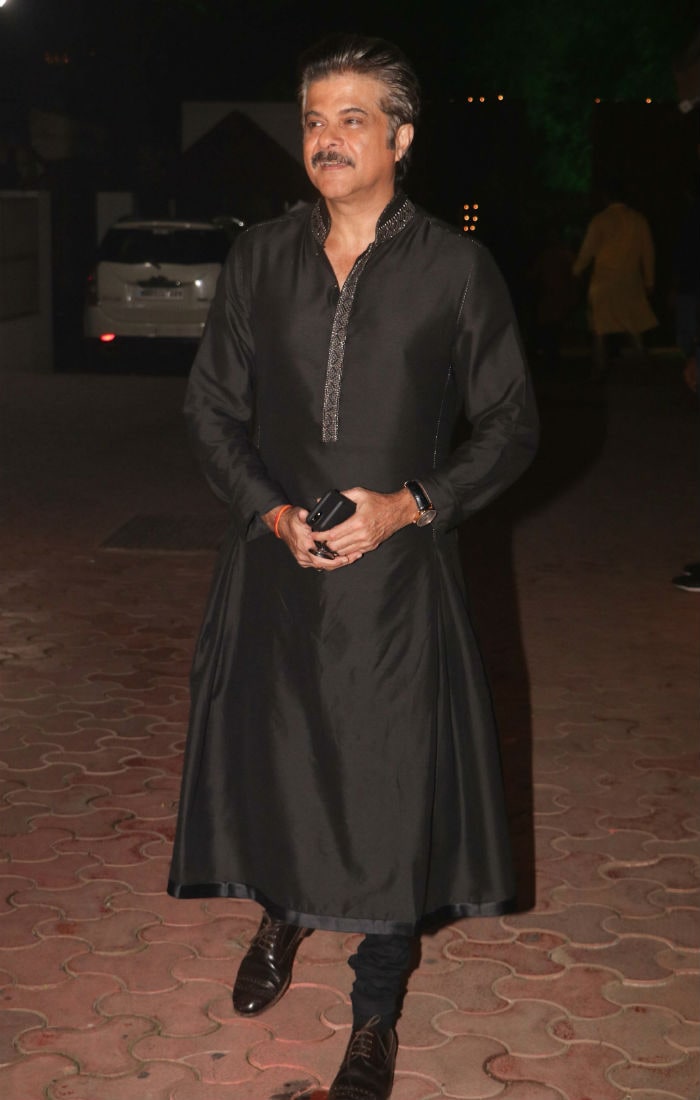 Anil kapoor was dressed in all black at the Diwali bash. 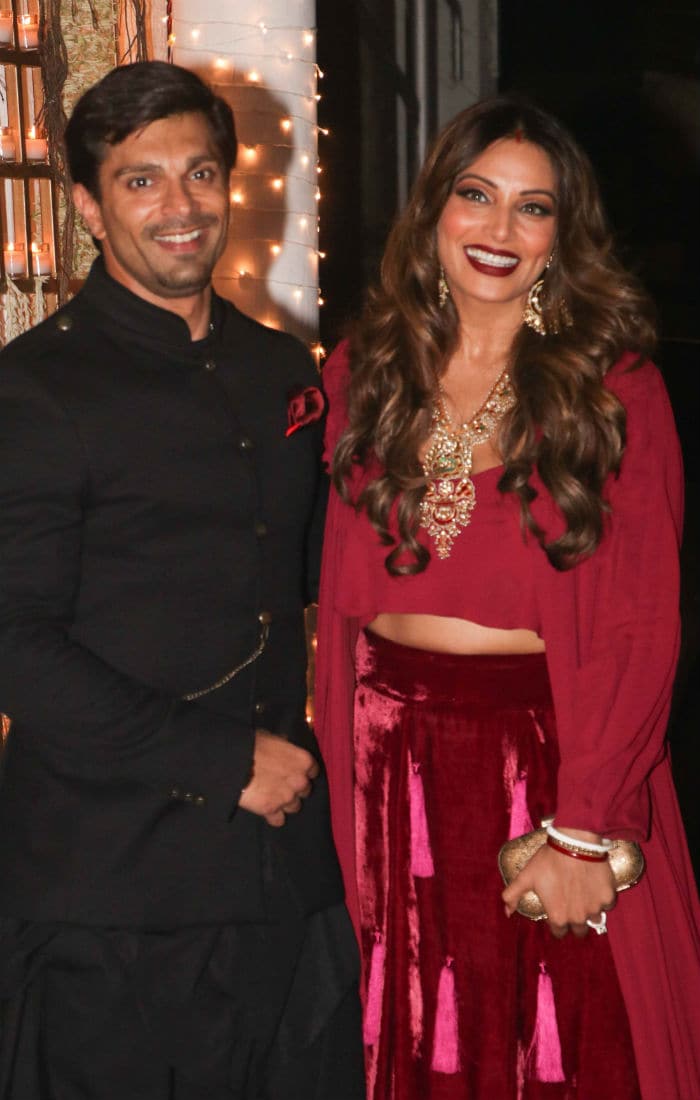 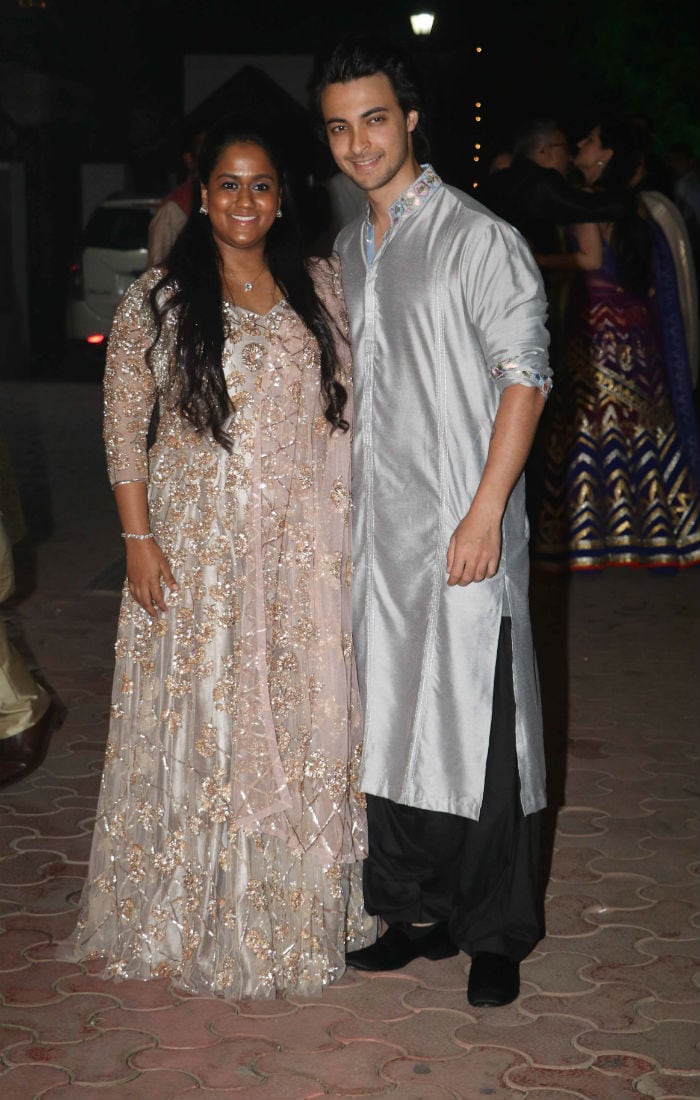 Arpita Khan was present at the celebrations with husband Aayush Sharma. 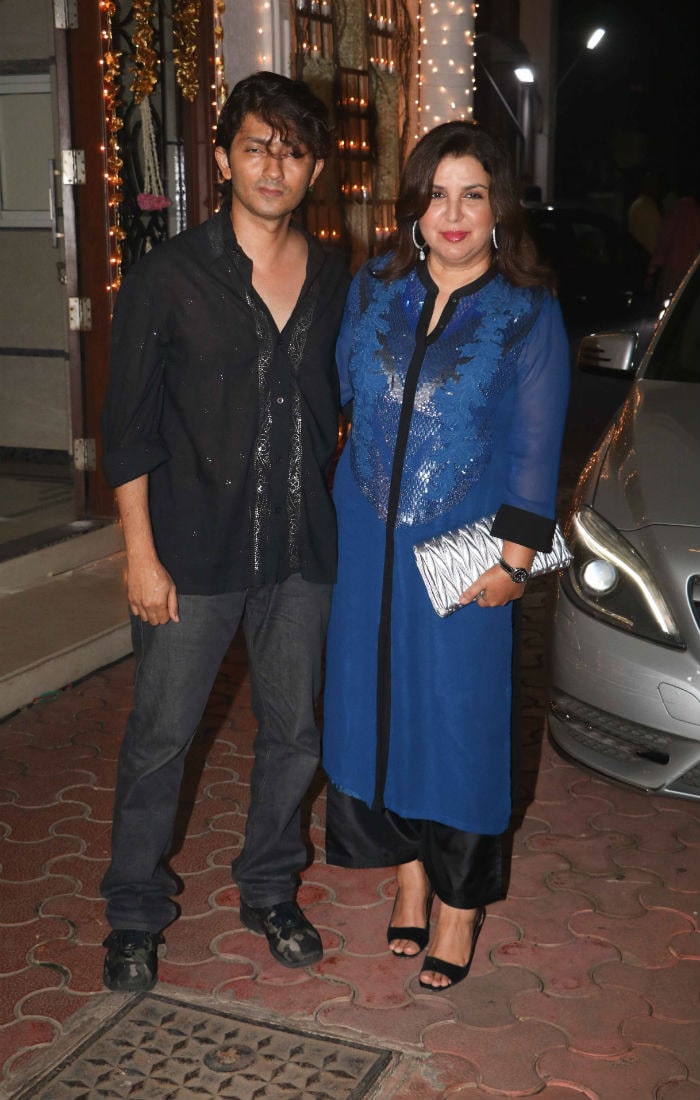 Farah Khan was pretty in blue.

On Wednesday, star couple Javed Akhtar and Shabana Azmi also hosted a Diwali party bash at their residence in Mumbai. Some of these stars were photographed there too.