Raj represented Abhishek's team on Saturday. Shilpa is so proud of her husband:

A photo posted by Shilpa Shetty Kundra (@officialshilpashetty) on Jun 4, 2016 at 8:44am PDT

Had a super time at the #celebrityclasico football match!! All star v/s All heart... All for a great cause!!

Actor Amitabh Bachchan was also spotted in the stands while other actor-players included Ranbir, Arjun Kapoor and Aditya Roy Kapur. 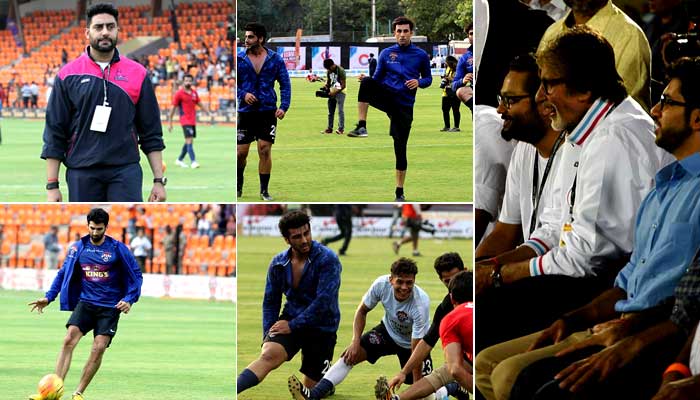 Celebrity Clasico 2016 ended in a draw on Saturday, with both the teams scoring 2 goals each.

Shilpa Shetty, star of films like Phir Milenge, Baazigar, Life in a... Metro and Dhadkan, was last seen in 2014 movie Dishkiyaoon.