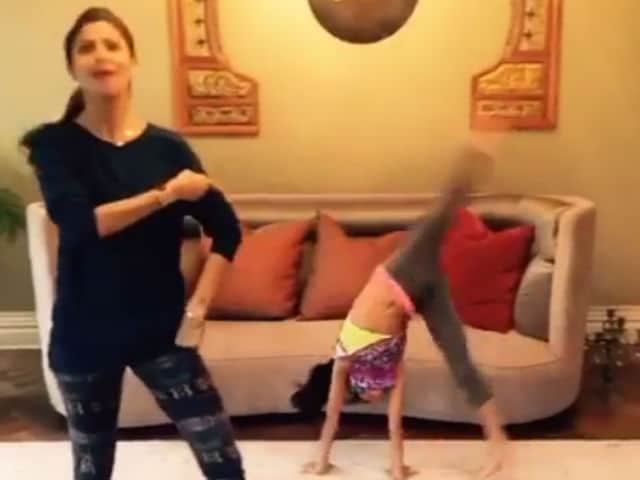 A still from the video. (Image Courtesy: officialshilpashetty)

New Delhi: So you think only Shilpa Shetty can dance? No, no. Hers is a family of dancers, at least one of them merely pint-sized but with moves that eclipsed even the 41-year-old actress.

On Tuesday, Shilpa Instagrammed a video of herself dancing with her niece Saileen, all of nine, in London. The song they are dancing to is Super Dancer from Mithun Chakraborty's 1987 film Dance Dance and it is instantly clear that the super dancer in this case is Saileen with her acrobatic routine.

Shilpa was as impressed as we are.

Shilpa Shetty, admired for her skills in dance numbers like Shool's UP Bihar song, has judged talent shows like Nach Baliye and will soon be on the jury of new show Super Dancer - Dance Ka Kal (so good choice of song for Insta video, huh?).

Shilpa made her debut in Bollywood with 1993's Baazigar and is the star of films like Main Khiladi Tu Anari, Dhadkan, Phir Milenge and Life in a... Metro. She was last seen in 2014's Dishkiyaoon.