The tattoo gives an adorable touch to the relationship. 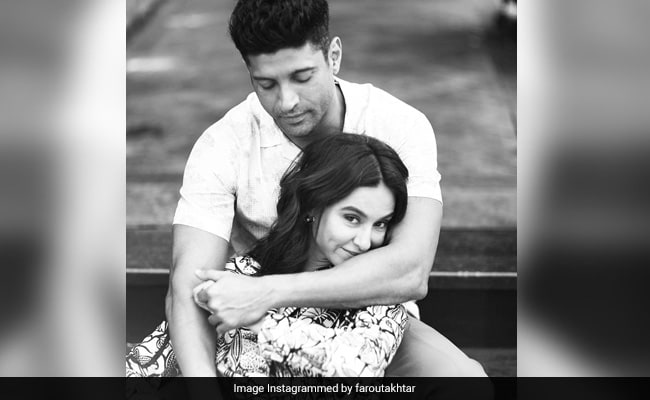 Ever since Farhan Akhtar and Shibani Dandekar made their relationship known to the world, the couple has been giving us major PDA moments. As Shibani turns a year older today, she is stepping up their mushy romance to a new level. What's her tool? All she needs is a stylish tattoo on her neck that reads "Farhan". Far from looking old-school, the tattoo gives an adorable touch to the relationship. In her photo, Shibani is seen showing off the nape of her neck where Farhan's name has been inked in cursive letters. Shibani reposted the photo from the tattooist's page and wrote a note of thanks, "Inked by the best."

Have a look at her new tattoo: 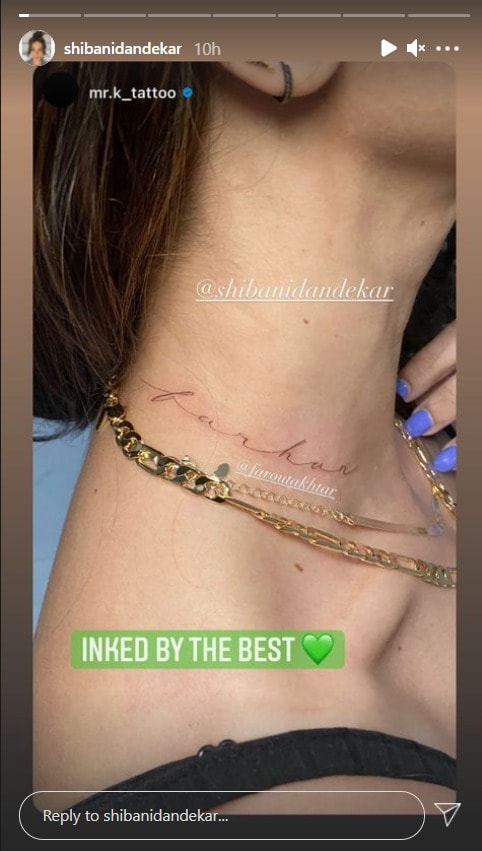 Shibani Dandekar reshared another picture on her Instagram Stories where we get a glimpse of a tattoo in process. This time, on her left hand. The photo was clicked by Farhan Akhtar. 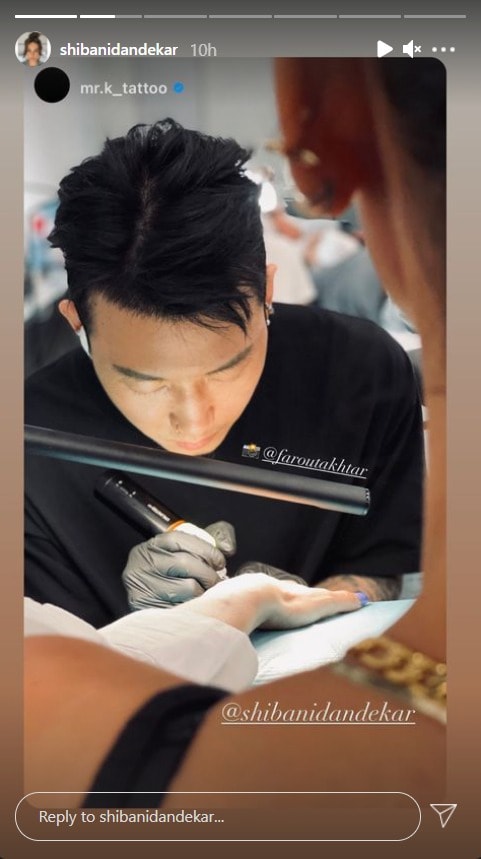 Farhan Akhtar did not miss a chance to shower his love on Shibani Dandekar on the special day. The Bhaag Milkha Bhaag actor posted a black and white photo where Shibani is seen in Farhan's embrace. Farhan dotingly looks at Shibani while she wraps herself in his arms and smiles for the camera. Farhan is known for getting his message across with just a few simple words and he did it again. His caption read, "With all my heart. Happy birthday, Shu. Love you." Those few words are more than enough to express his love for Shibani. Isn't it?

Take a  look at the beautiful picture shared by Farhan Akhtar:

When Farhan Akhtar and Shibani Dandekar completed three years in their relationship this year, both of them celebrated the day on Instagram. Shibani posted a photo where the two are seen inside a car and looking cool in matching sweatshirts.

To mark the day, Farhan Akhtar also shared a picture of the two and we couldn't lift our eyes off them. Here, Farhan is seen kissing Shibani on the head while she smiles and sits against his chest. Relationship goals can't get more heart-melting than this. What do you think?