"She's The Best": Nick Jonas' Thank You Note To Priyanka Chopra After She Surprised Him On Birthday

"She surprised me for my birthday," wrote Nick Jonas 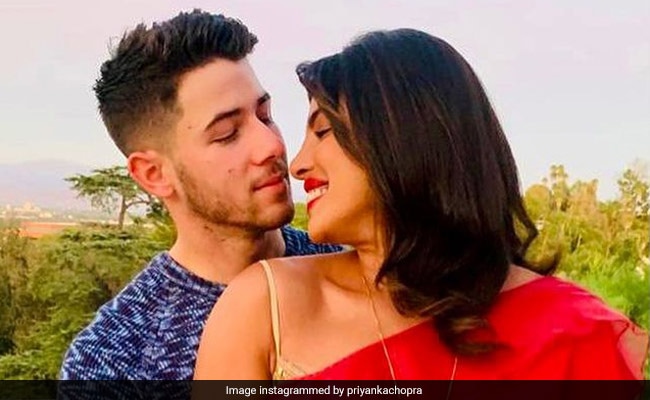 Nick Jonas, who turned 29 on Thursday, received the best surprise from his wife Priyanka Chopra. The actress especially flew from London for his birthday. She was photographed at the New York airport earlier on Thursday. Thanking Priyanka Chopra, Nick Jonas wrote in his note: "She surprised me for my birthday. She's the best. #29 thanks for all the love everyone." Priyanka too had posted a picture from Farmington, Pennsylvania and she wrote: "Love of my life. Here's wishing the kindest most compassionate loving person I know a very happy birthday. I love you baby... Thank you for being you."

This is how Nick Jonas thanked Priyanka Chopra for her surprise:

Besides being a singer, Nick Jonas  has starred in Jumanji: Welcome to the Jungle, Jumanji: The Next Level, Goat and Midway and Chaos Walking. Nick Jonas married Priyanka Chopra in a Christian and a Hindu ceremony in Jodhpur's Umaid Bhawan Palace on December 1 and 2 in 2018. The couple later hosted receptions in Delhi and Mumbai. They first met at the 2017 Met Gala.

Nick, Kevin Jonas along with brother Joe, are a part of the famous musical band Jonas Brothers. The band became a household name after they made appearances on the Disney channel. Nick, Kevin and Joe started the band in the year 2005 and they featured in the Camp Rock films. They were also a part of the Disney series titled Jonas. The Jonas Brothers returned to the music scenario in March 2019 with their comeback single Sucker, which ruled all the music charts.