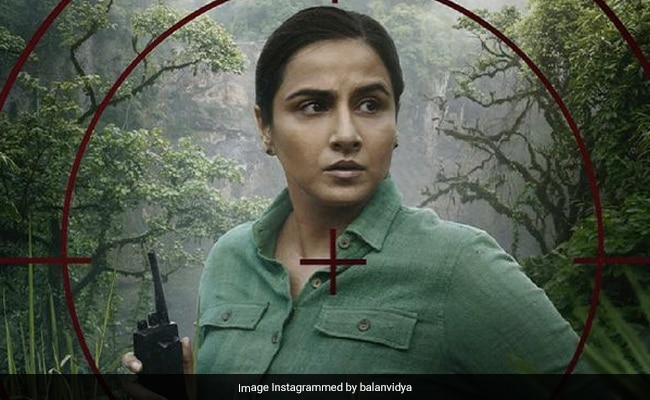 Movie-buffs, here's some good news for you. Actress Vidya Balan officially announced her new film Sherni, which is all set to release as soon as next month. Just like Vidya Balan's last movie Shakuntala Devi, Sherni too will premiere on streaming platform Amazon Prime in June. "Meet Sherni on Prime in June," wrote Vidya as she shared the first look poster of the movie. Vidya Balan, who portrays the role of a forest officer in the movie, described her character in these words: "Fearless as she steps out into the world! Happy to announce my latest film Sherni." The first look poster features Vidya Balan, sporting camouflaged separates set against the backdrop of a forest. She can be seen holding a walkie-talkie in the Sherni poster.

Here's how Vidya Balan upped the intrigue about her new film Sherni:

Sherni is directed by filmmaker Amit Masurkar, who has helmed the critically acclaimed 2017 movie Newton. The film is produced by Bhushan Kumar's T-series, who described Vidya Balan's character as a "never-seen-before avatar."

The shooting of Sherni came to a halt last year when the nationwide lockdown was imposed in March. Vidya Balan, along with the film's team, resumed the shooting schedule in October last year following strict bio-bubble protocols in the forests of Madhya Pradesh. Photos of Vidya Balan attending a puja on the film's set went viral in October.

Vidya Balan was last seen inShakuntala Devi, in which she played the titular role in the biopic of the late mathematician. Vidya Balan is best known for films such as Kahaani, Bobby Jasoos, Tumhari Sulu, Mission Mangal and No One Killed Jessica.