Vidya Balan Got All Dressed Up To... Wait For It... Just Sit At Home 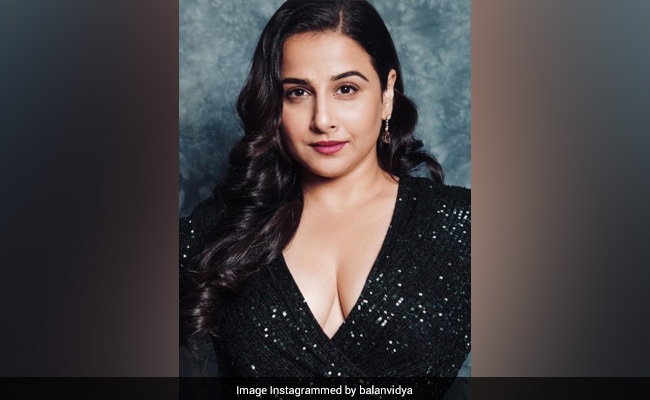 Guys, Vidya Balan is not done yet with her fashion posts. On Thursday, she shared glimpses of a recent photoshoot she was part of recently to state a piece of hard truth. We may dress up all we want but stepping out in times of the pandemic is a concerning idea. That's the twist Vidya added to her post and wrote: "Acche kapde pehen ke... Ghar pe baitho." In the photo the 42-year-old actress is every bit stunning in an ensemble from the studious of Neeta Lulla. Vidya Balan's post is a continuation of a recent video, which she posted with a sassy caption. On Wednesday, Vidya Balan finally decided to address those who have something to say about her sartorial choices. So, she got a little creative on Instagram and came up with a super cool video (but more on that later).

It is as if Vidya Balan read our minds:

Because one photo of Vidya Balan being gorgeous in black is not enough, here are more, shared by her make-up artist:

Earlier, Vidya Balan trended a great deal for sharing this interesting video, in which she switched outfits at the snap of fingers: "When people tell me I only wear Indian... Snap!" she captioned her video. Here, take a look.

In terms of work, Vidya Balan was last seen in Shakuntala Devi, a biopic on the legendary math genius. Vidya Balan will be next seen in Sherni, directed by Amit Masurkar. Vidya Balan will reportedly portray the role of a forest officer in the movie, the filming of which has been delayed because of the pandemic situation. The actress is best known for starring in films such as Parineeta, Kahaani, The Dirty Picture, No One Killed Jessica and Kismat Konnection, among others.