"What An Honour:" Vidya Balan's Reaction To Amul's Sherni Post 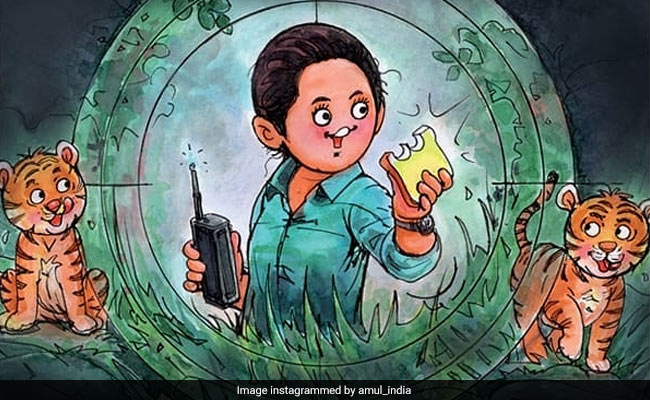 Vidya Balan, who has been on the receiving end of massive praise for her performance in her recently-released film Sherni, got a shout out from Amul. The dairy brand, which is known for its utterly, butterly topicals, shared another one, based on Vidya Balan's film Sherni.  The post features a cartoonised version of Vidya Balan's character Vidya Vincent in the film. The text on the post read: "Share na please." The text also read: "Protected ferociously." The caption along the post read: "Vidya Balan stars in human-animal film." Vidya Balan, sharing the post on her Instagram story wrote: "Thank you. What an honour." She added a couple of heart emojis along with the text.

This is what Vidya Balan shared on her Instagram story: 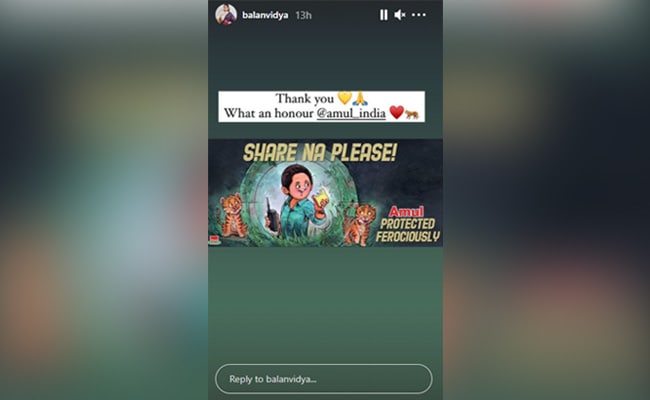 Sherni opened to largely stellar reviews from film critics. In his review for NDTV, film critic Saibal Chatterjee gave the film 3.5 stars out of 5 and he wrote: "Sherni isn't just a tigress-on-the-loose adventure. It is a film of our times for the ages, a worthy follow-up to Newton."

Sherni showcases the journey of DFO Vidya Vincent (played by Vidya Balan), who has to face all sorts of obstacles in order to save the tigress forced out of her natural habitat. Her journey is anything but easy, what with the politics, corruption and interference from some unwanted elements in her mission.