She Review: Women Deserve Better Than This Netflix Series

She Review: Vijay Varma, playing a cocky criminal who walks into a trap, delivers some of the livelier moments of She. Unfortunately, the erratic script is unable to etch out figures that are completely convincing. 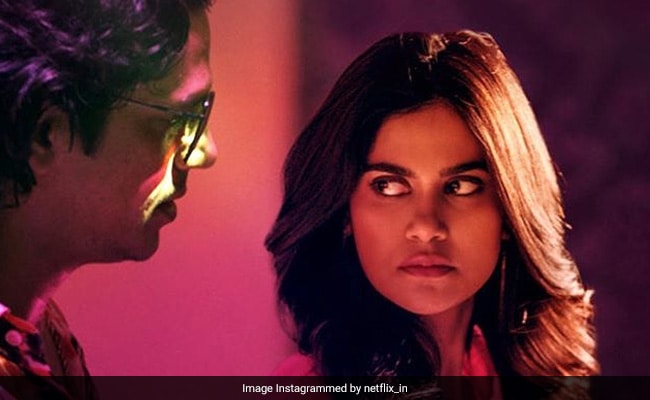 She Review: A still from the Netflix series. (courtesy netflix_in)

A simple, lower middle-class Marathi girl pushed out of her comfort zone in the line of duty is the fulcrum of She, a seven-part police drama created by Imtiaz Ali for Netflix. The series flounders as it navigates a tricky terrain where gender dynamics are sought to be mingled with the conventions of a police and smugglers yarn. The effort to pull off the leap shows.

She does smoulder occasionally, but it never crackles with energy. The protagonist, Bhumi Pardesi (Aaditi Pohankar), transforms herself from a diffident Plain Jane breadwinner of a family that lives in a Parel chawl to an assertive seductress who sheds her inhibitions - and police uniform - and goes undercover to nab an elusive drug trade kingpin.

Directed by Arif Ali and Avinash Das, She swims in a sea of contradictions that stem from a flawed notion of what makes a woman an empowered individual. Although Imtiaz Ali has collaborated with screenwriter Divya Johri on the script, the series is unable to rid itself of a strong male gaze that tends to see the heroine primarily as a "body" that ensnares men.

Bhumi's immediate boss, Jason Fernandez (Vishwas Kini), tells the police think tank that she isn't "femininely attractive" and that she will, therefore be in the control of her superiors. Despite having been a policewoman for seven years, she has to constantly prove herself to the men who take decisions in the police force. And how does she do so? By discovering her sexuality as a tool to bust a cartel that is out to turn Mumbai into Asia's drug capital. That is the simplistic and contrived nub of

The series is buoyed by an effective performance from Pohankar, who traverses a wide behavioural arc without losing touch with the core essence of a character who is never fully at ease with the job she has been called upon to do by her bosses. Vijay Varma, playing a cocky criminal who walks into a trap, delivers some of the livelier moments of She. Unfortunately, the erratic script is unable to etch out figures that are completely convincing. Neither the metamorphosis of Bhumi nor the chatty nonchalance of Sasya can pull the series out of its somnolence.

The woman, to be sure, has her hands full: a father who has been missing for 13 years, an ailing mother who needs constant attention, a rebellious sister who has to be monitored, an estranged husband leeching off her, colleagues who look down on a woman in uniform and male superiors who regard her as a mere professional appendage to be exploited to the hilt. To boot, it is suggested - here, the husband comes in handy - that she is a disaster in bed.

Up against a world that gives her absolutely no quarters, Bhumi is expected to go against her own will and turn into a decoy prostitute. The trap that she lets herself into is far worse than any that she can lay for her target. There comes a point in her 'growth' where she has to conquer her fears and reserves because she does not want to return to her old life. "Even if I'm scared, I'll do it," she asserts.

In the opening sequences, Bhumi is already undercover as a part-time sex worker in a brothel frequented by drug peddler Sasya (Vijay Varma). Her brief is to inveigle the man into letting his guard down and revealing his real identity so that the anti-narcotics cell of the Mumbai police crime branch can swoop down on him certain in the knowledge that they are getting the man that they are looking for.

The ruffian, who speaks Hindi with a pronounced Hyderabadi accent, talks dirty, preens about his sexual prowess, and equates the girl's libido with a scorpion that he wants to squash. Soon enough, the braggart is caught literally with his pants down. The phallic symbology that he gleefully and unabashedly harps on is briefly reversed at this point of the series - the end of the first episode - and the gun is in Bhumi's hands. It is only a fleeting moment.

As it turns out, she wields little real power. The cold and clinical Fernandez and DCP Shishir Mathur (Paritosh Sand) are the ones who call the shots. Even before she is fully prepared for the challenge, the lady is pushed into the deep-end and that is where we find her when the series begins and that is where she continues to be when the hurly-burly is done.

It certainly belies what this series would have us believe it is - a portrait of the double life of a woman who knows exactly what she is doing. At no stage of She is the audience likely to feel that Bhumi is in control. In fact, before the series begins the process of unveiling its final drift, she has to bear the ignominy of being chained to a bed. 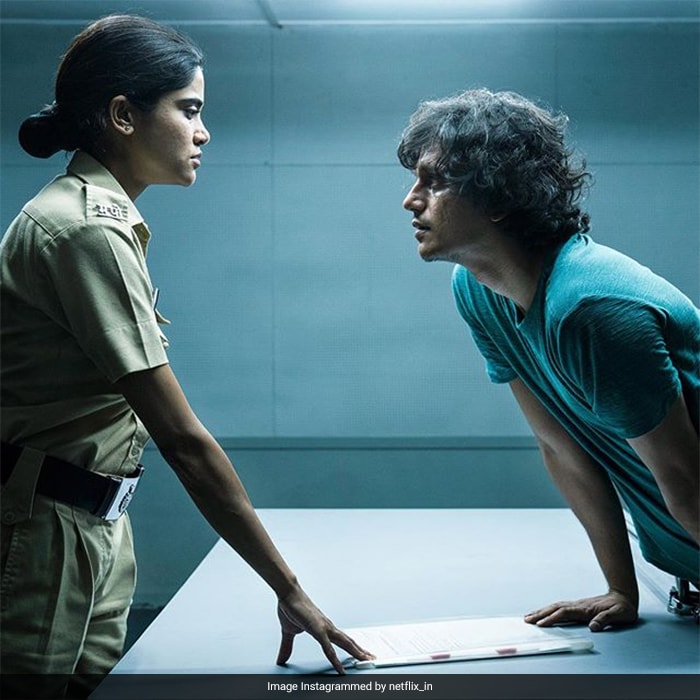 A still from She.

The portrayal of Bhumi's relationship with her mother (Suhita Thatte) and younger sibling Rupa (Shivani Rangole) is far more convincing than the delineation of her struggles to find a firm footing in her transactions with Fernandez and Sasya, who after he is picked up by the police, becomes an informer and begins to snitch on the drug lord he works for.

The principal villain of She, Nayak (Kishore Kumar G), makes his first appearance in the sixth and penultimate episode and hastens Bhumi's transmutation into a woman who spins out of the orbit of her police department handlers and begins to respond to her own impulses. But is she ever really completely liberated? No, because she seems to get her way only when she is in bed with a man in what is a largely unequal set-up despite everything that is said and done while she is there.

She is a stodgy exercise that is never clear about the point it is trying to make. Women deserve better.