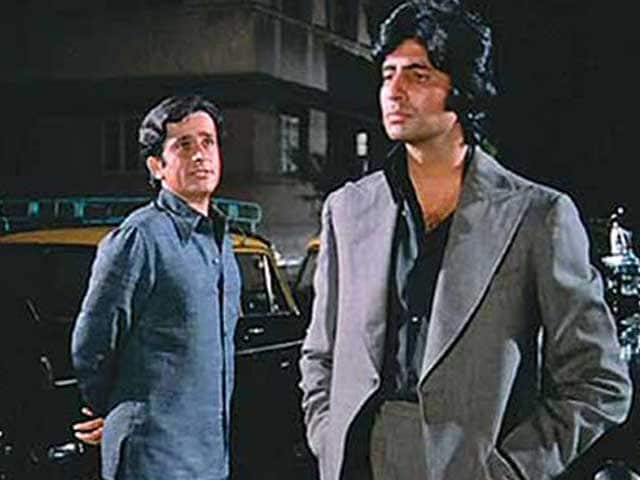 A still from Deewar featuring Shashi Kapoor and Amitabh Bachchan

Actor Shashi Kapoor is 'most deserving' of the Dadasaheb Phalke Award, writes his colleague Amitabh Bachchan on Facebook.

Mr Bachchan posted a picture of himself with Mr Kapoor and comedian Asrani from decades ago, with the caption: "Shashi ji AB and Asrani at a social evening. Shashi ji has just won the Dada Saheb Phalke Award, most deserving".

Promoted
Listen to the latest songs, only on JioSaavn.com
Amitabh Bachchan and Shashi Kapoor were co-stars in several landmark Bollywood films. In Deewar, they played brothers who end up on opposite sides of the law; in Do Aur Do Paanch and Shaan, they play small time crooks who eventually reform; in Namak Halaal, they play master and employee. They also co-starred in Roti Kapda Aur Makaan, Kabhi Kabhie, Silsila, Kaala Patthar and Trishul. In 1991, Shashi Kapoor directed Amitabh Bachchan in Ajooba.

Mr Kapoor, now 77, was announced as the recipient of the 2014 Dadasaheb Phalke Award yesterday. He is the third in his family to receive India's highest cinema honour, after his father Prithviraj Kapoor and elder brother Raj.