Sharmila And Pataudi To Zaheer And Sagarika: 9 Cricketer-Film Star Couples 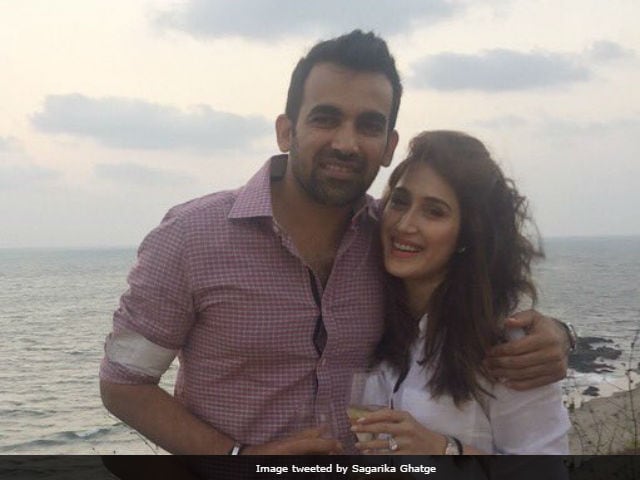 New Delhi: Cricketer Zaheer Khan and actress Sagarika Ghatge announced on Monday that they were engaged. The Delhi Daredevils skipper wrote in a social media post, "Never laugh at your wife's choices. You are one of them. Partners for life. (sic.)" Speculation that the cricketer was dating the 31-year-old Chak De! India actress began after the two were photographed together at Yuvraj Singh and Hazel Keech's wedding in December last year. Both couples are the latest romantic pairings from the world of cricket and showbiz. Here's a list of other romances off the pitch, from Sharmila Tagore and Tiger Pataudi to the present day 'partners for life.'

It was the love story of love stories. Tiger Pataudi, considered one of the finest captains we've had, and the Kashmir Ki Kali star swept each other off their feet in the Sixties. They married in December 1969 and had three children together - Saif, Saba and Soha. Forty three years later, actress Kareena Kapoor wore Sharmila Tagore's carefully preserved bridal gharara when she married Saif Ali Khan in October 2012. 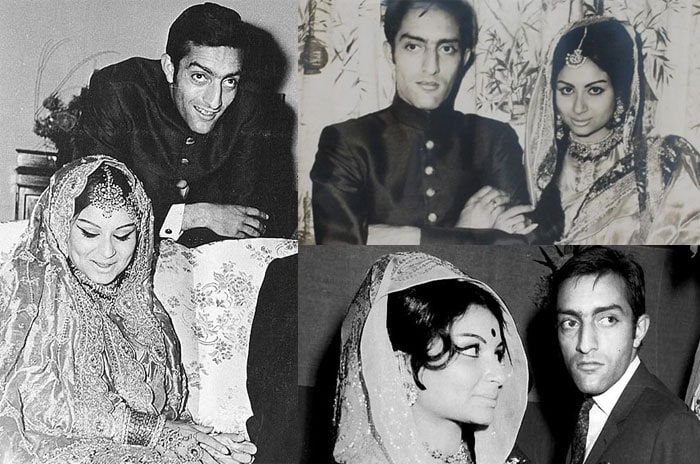 
Actress Reena Roy married Pakistani cricketer Mohsin Khan in 1983 and moved to Karachi, quitting her successful film career. Reena was the star of films such as Jaani Dushman and Ghulaami. The couple later moved back to Mumbai where Mr Khan also tried his luck in Bollywood. He was seen in J P Dutta's Batwara and Mahesh Bhatt's Saathi, co-starring Aditya Pancholi and Varsha Usgaonkar. Turned out, Reena Roy's and Mohsin Khan's wasn't a match made in heaven and the cricketer returned to Pakistan. The couple have a daughter together. Reena Roy returned to films in 1991.

Reena Roy and Mohsin Khan, 1983. Reena had surprised the industry and tabloids when she announced her marriage to the Pakistani cricketer Mohsin Khan, who was at his peak of his cricket career. Even Reena was at the prime of her film career, and was a bankable actress of that circa, making her the darling of film financiers. Mohsin and Reena had a straightforward private wedding supposedly held at Karachi in Pakistan. The initial years post-wedlock were bliss. Mohsin owned a large manor in London and the couple would often keep shuttling between their houses in England and Pakistan while sometimes making a stopover at Mumbai to meet Reena's mother. Reena and Mohsin were eventually blessed with a daughter, whom they named Jannat, and that completed their family picture. #reenaroy #mohsinkhan #retrobollywood

Mohammad Azharuddin and Sangeeta Bijlani
Azhar was already a married man when he started dating actress Sangeeta Bijlani. He later divorced his wife Naureen and married Sangeeta in 1996. Meanwhile, the cricketer was dogged by controversy and banned for life for match fixing. Sangeeta and Azharuddin divorced in 2010. His life was later made into a film Azhar, starring Emraan Hashmi and Prachi Desai.


Windies legend Vivian Richards and Neena Gupta dated for a while in the 1980s. They had a daughter, designer Masaba Gupta, but ended their relationship. Viv Richards also has two children with his wife Miriam. The Saans actress is now married to Delhi-based PriceWaterhouseCoopers partner Vivek Mehra.


Actress Anju Mahendru was briefly engaged to West Indian cricketer Garry Sobers after he came to India for the 1966-67 tour. The two reportedly met at a party and were bowled over by each other's dance moves. They almost married but because of Mr Sobers' cricketing career that took him across the world (he was playing county cricket in England then), they broke up. Ms Mahendru later dated actor Rajesh Khanna for several years. 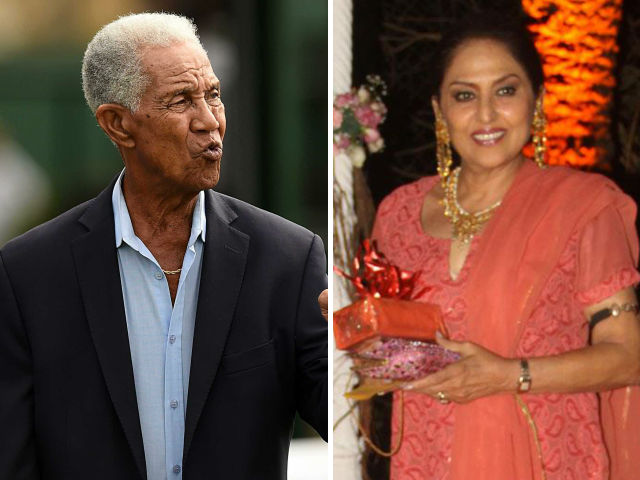 
Virat and Anushka is everyone's favourite couple, mostly because of their adorable social media exchanges. A couple of years ago, they acknowledged they were dating and described themselves as a 'normal young' couple. Last year, it was reported that they had broken up - then Virat defended Anushka against trolls in a post that was declared the 'Golden Tweet of 2016.' He posted messages for her on Valentine's Day and Women's Day this year and, just days ago, they had a cute conversation on Instagram over whether or not Virat should shave his beard (she said no, he said ok). Like several of Virat's colleagues, the couple were spotted at Yuvraj Singh's wedding to Hazel Keech last year, living it up on the dancefloor.


All-rounder Yuvraj and actress Hazel Keech revealed they were engaged last November and had a grand wedding spun over six days in December. Festivities included ceremonies in Yuvi's hometown of Chandigarh, a dreamy beachside wedding in Goa, and a grand reception in the capital - The Yuvi Hazel Premier League, as it was called by fans, created a social media blitz. Hazel, 30, has appeared in films like Bodyguard and Billa.


Harbhajan Singh and Geeta Basra dated quietly for five years and married in October, 2015 in Jalandhar. They had a lavish wedding ceremony, which was attended by the who's who of the cricket and Bollywood fraternity. Their baby daughter, Hinaya Heer Plaha, was born last year. Harbhajan and Geeta made a special appearance on the dance reality show, Nach Baliye, last week.

Promoted
Listen to the latest songs, only on JioSaavn.com
Zaheer Khan and Sagarika Ghatge
Zaheer and Sagarika were spotted together at Yuvraj's wedding to Hazel and, most recently, in the Delhi Daredevils dugout during their Indian Premier League match against Rising Pune Supergiant. Sagarika previously dated a cricketer for reel in her best known film, Chak De! India, in which she played a hockey star named Preeti Sabharwal who is engaged to the vice-captain of the cricket team. Zaheer promoted Sagarika's latest film Irada on social media earlier this year, prompting rumours of a romance. The couple are reportedly going to wait till the end of the IPL season before they start planning their wedding.