"I had a wish to work with Ranbir Kapoor because I love him as an actor and I think he is one of the finest we have right now," said Shakti Mohan 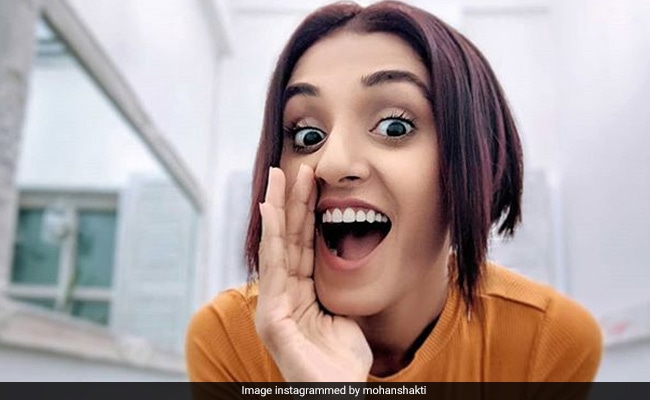 "God is kind to me that my wishes come true," said Shakti Mohan (courtesy mohanshakti)

Dancer-choreographer Shakti Mohan says choreographing a dance number for Ranbir Kapoor in the upcoming Shamshera was a dream come true. "When it comes to actors, I had a wish to work with Ranbir Kapoor because I love him as an actor and I think he is one of the finest we have right now. I have choreographed a song for him in Shamshera. The film releases later this year and I am looking forward to it. God is kind to me that my wishes come true," Shakti told IANS.

Shakti, who choreographed the Nainowaale Ne number for Deepika Padukone in Sanjay Leela Bhansali's "Padmaavat", says that was a special experience, too. "I always wanted to work with Sanjay Leela Bhansali because the dance and music in his films are so beautiful. When I got a call from him, I was on cloud nine! Now, I want to work with Madhuri Dixit and Hrithik Roshan. They are the inspirations of my growing-up years."

Starting her career as a dancer on various dance reality shows, Shakti became popular by winning the second season of Dance India Dance. She has also closely collaborated with Remo D'Souza and Prabhu Deva and appeared in songs such as Tees Maar Khan, Aa Re Pritam Pyaare and Amma Dekh. She was also on the first four seasons of the TV show Dance Plus from first to four seasons.

So, which is the favourite dance of Madhuri? "That is such an unfair question! I love them all. If have to choose, it would be Chane Ke Khet Mein in the film "Anjaam".

"There is one shot in which she gives several expressions at one go. I do not think there is any actress in this country who can do that except for her," smiled Shakti.