"I'm so happy he is filling in for me and keeping you entertained," Shahid Kapoor commented on wife Mira Rajput's video on Instagram 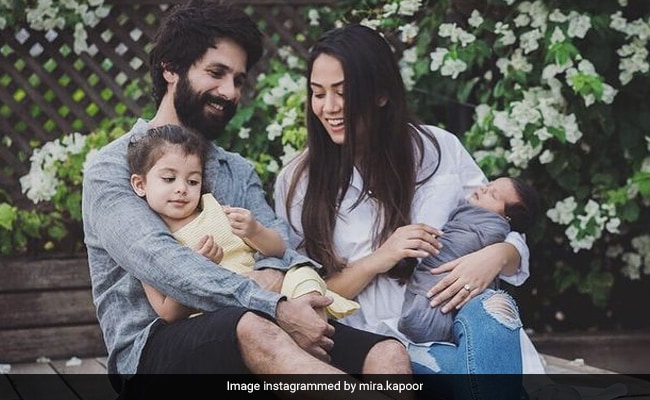 Shahid Kapoor is setting new husband goals every day with his adorable comments on his wife Mira Rajput's Instagram posts. The actor's recent comment on Mira Rajput's Instagram video will surely melt your hearts. Mira, on Friday night, shared a video of herself, in which she can be seen talking about her "Millennial Mom Fail," moment. In the video, Mira can be seen sharing how she has been looking for her make-up sponge only to find it half broken inside her son Zain's empty inflated swimming fool. "It was my son," Mira said while pointing the disfigured make-up sponge towards the camera. "#Kidshappen Has this happened to any of you or am I the only one? #millenialmomfail #shithappens," she wrote in the caption of the post. Reacting to the video, Shahid Kapoor dropped a super cute comment and wrote: "I'm so happy he is filling in for me and keeping you entertained."

This is not the first time that the couple is spreading smiles with their romantic gestures on the social media. A similar thing happened on Thursday when Mira Rajput dropped an IGTV video sharing that she will practicing "modern-day fasting for a seasonal cleanse." Shahid's comment on the video yet again won hearts as he wrote: "Why would someone that pretty even need a cleanse?"

On the occasion of Holi, Mira Rajput had shared a video compilation of her loved-up moments with Shahid from their Holi celebrations. The video captured the couple painted in colours as they share some goofy time together. "Happy Holi! This time I got the real SK," Mira wrote in the caption of the post.