Shahid has beaten actor Hrithik Roshan in the voted survey 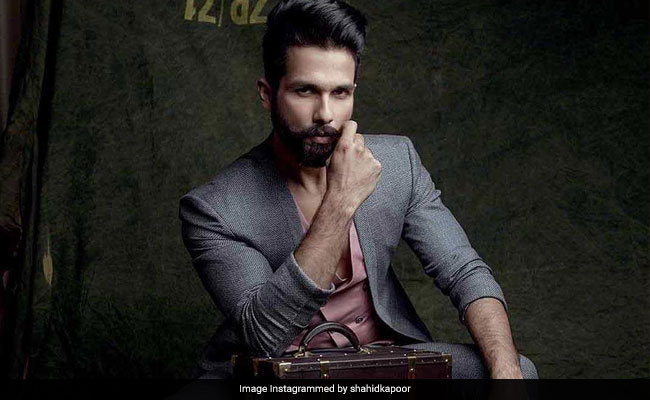 New Delhi: Congratulations, Shahid Kapoor. The actor has topped the list of 50 Sexiest Asian Men 2017 for the first time, which is taken out annually by Eastern Eye. Shahid has dethroned chart-topping pop star Zayn Malik, who has been awarded the accolade for the previous two years. Shahid has beaten colleague actor Hrithik Roshan in the voted survey - Hrithik takes the second spot on the list - while stars Zayn Malik and Fawad Khan feature on third and sixth spots respectively. Television actor Vivian Dsena, known for his role in TV show Pyaar Kii Ye Ek Kahaani, gets the fourth spot while Siya Ke Ram actor Ashish Sharma ranks fifth. The rest of the names will be released on Friday along with the full list.

The Eastern Eye 50 Sexiest Asian Men 2017 TOP SIX. Thanks to all those who voted. Full list out in newspaper on Friday December 15.

Padmavati star Shahid Kapoor may have a very busy schedule but he does have time to acknowledge the recognition and the whole lot of love he gets. Shahid Kapoor, who ranked seventh last year, expressed his surprise at topping the list and dedicated the stunning victory to his legion of fans who voted for him in force. "I would like to thank everyone who voted for me. I am humbled by the desirable tag. I believe sexy is not only to do with the physical, but as much to do with the mental perspective on life. This one is for all those fans who have loved and supported me" said Shahid.

Sexiest Man Alive, 2017!!!
WOW!! Thank you guys!! It's all made possible because of your love & support.
Love you all!!
Thanks @EasternEye & @AsjadNazir#AsjadNazirSexyList2017https://t.co/cvftzRoma2

Recently, actress Priyanka Chopra also topped the list of 50 Sexiest Asian Women 2017 and this year marks her fifth time on the top spot on the list.

Shahid married Delhi-based Mira Rajput in 2015. The couple are parents to daughter Misha, who recently celebrated her first birthday. Shahid will soon star in Padmavati, which was slated for December 1 release and a revised date hasn't been announced yet.