"He will not be able to shoot for the film till the swelling subsides and the wound is healed," revealed the source 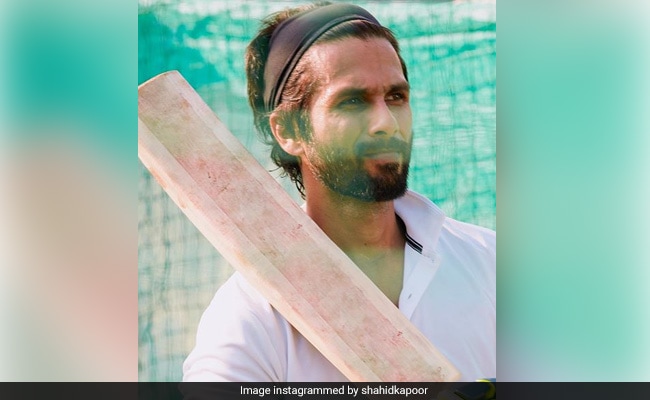 Shahid Kapoor, who is prepping for his film Jersey (in which he will play a cricketer), reportedly suffered an injury on the sets of the movie in Chandigarh, stated a report in Pinkvilla. The actor was reportedly rehearsing before filming a shot when a "ball unexpectedly came" and reportedly "hit him on the lower lip," thus leading to severe lip injury. The actor reportedly got stitches for the wound. Shahid will reportedly take a break for a couple of days and will resume filming after the "swelling subsides and the wound is healed." Here's what the source told the publication: "Shahid was playing perfectly fine and rehearsing before the shot when the ball unexpectedly came and hit him on the lower lip and cut open a wide gash where blood started gushing out! He was immediately taken for treatment and a doctor was rushed to see him. To close the wound stitches were sutured by the doctor."

"All this has left the actor with a heavily bruised lower lip, and hence he will not be able to shoot for the film till the swelling subsides and the wound is healed to enable him to emote freely. As a thorough professional Shahid is doing everything in his power to speed up recovery so he can resume the shoot in 4 - 5 days," added the source, reported Pinkvilla.

It has also been reported that Shahid Kapoor's wife Mira Rajput has rushed to Chandigarh to be by the actor's side.

In Jersey, Shahid Kapoor will play the role of a cricket enthusiast whose dream to join the Indian cricket team is fulfilled when he is in his 40s. The film, which is the Hindi remake of the 2019 Telugu movie of the same name, will also feature Shahid Kapoor's father Pankaj Kapur as his mentor.

Shahid Kapoor has previously shared several glimpses from the sets of Jersey, in which he could be seen prepping for his role. Take a look:

Directed by Gowtam Tinnanuri, who also made the original Telugu film, Jersey is slated to release on August 28.