Shahid Kapoor said, "It took me some time to decide what to do next after Kabir Singh." 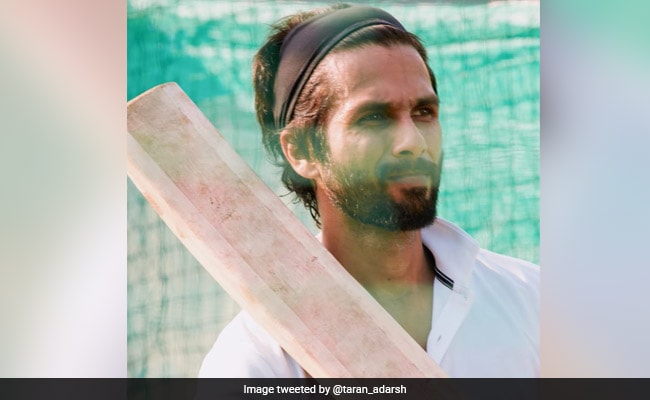 Shahid Kapoor preparing for his role in the remake of Jersey. (Image courtesy: taran_adarsh)

After Kabir Singh - the remake of Telugu film Arjun Reddy - actor Shahid Kapoor is all set to feature in the remake of another Telugu film, titled Jersey. On Friday, trade analyst Taran Adarsh shared a picture of Shahid Kapoor preparing for the remake on the Internet. Shahid Kapoor will play the role of a cricket enthusiast whose dream to join the Indian cricket team is fulfilled when he is in his 40s. Speaking about the remake of Jersey, Shahid said in a statement: "It took me some time to decide what to do next after Kabir Singh. But the minute I saw Jersey, I knew I wanted it to be my next. It is a wonderful inspiring and personal human journey that I connected with deeply," reported news agency IANS.

Taran Adarsh tweeted that the remake of Jersey will be directed by Gowtam Tinnanuri, who also made the original Telugu film, featuring Nani in the lead role. He added that Shahid's film is slated for August 28, 2020 release.

Here's a picture of Shahid Kapoor preparing for the remake of Jersey:

Shahid Kapoor begins prep for the role of a cricketer in the #Hindi remake of #Telugu film #Jersey... The #Hindi version will be directed by Gowtam Tinnanuri, who also helmed the original #Telugu version, starring Nani... 28 Aug 2020 release. pic.twitter.com/9TUcNTOWvf

Jersey, which also featured Shraddha Srinath, was hailed by film critics when it released in April this year. The film also performed quite well at the box office. Shahid Kapoor's Kabir Singh was panned by critics but as of now, it is 2019's second highest earning film after Hrithik Roshan and Tiger Shroff's War.

Meanwhile, the remake of Jersey is the second confirmed cricket-based Bollywood film of 2020. The first is Kabir Khan-directed '83, which is a fictionalised retelling of India's historic cricket world cup victory in 1983. The film features Ranveer Singh in the lead role.