Shahid posted a picture on his Instagram story as he was travelling back to Chandigarh to resume the shoot for his upcoming film Jersey. Shahid Kapoor had recently suffered an injury last week while shooting for his upcoming film Jersey in Chandigarh. He had heavily bruised his lower lip when he got struck by a ball. The actor was spotted wearing a mask at the airport as he returned to Mumbai with his wife Mira Kapoor, who had rushed to see him in Chandigarh. A source close to the actor had told PTI, "Shahid was playing perfectly fine and rehearsing before the shot, when the ball unexpectedly came and hit him on the lower lip and cut open a wide gash where blood started gushing out. He was immediately taken for treatment and a doctor was rushed to see him. To close the wound, stitches were sutured by the doctor." The source further added that Shahid "will resume filming after the swelling subsides and the wound is healed."

Recently, the actor took to Instagram and posted a picture on his story as he was travelling back to Chandigarh to resume the shoot. He wrote: "Thank you for all your wishes. The torn lip is still a bit raw but doesn't show much now. So back on set."

Have a look at Shahid's picture here: 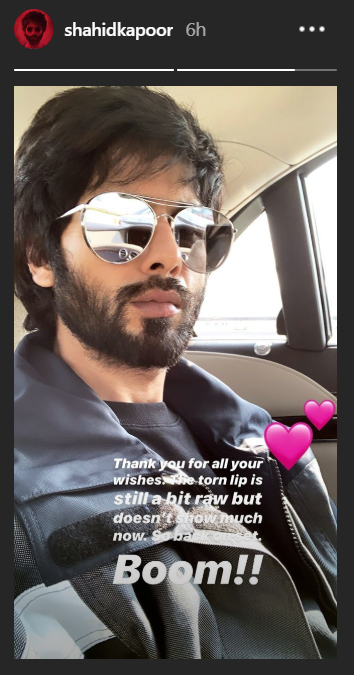 Shahid Kapoor was snapped at the Mumbai airport this morning as he was going back to Chandigarh after a long break. 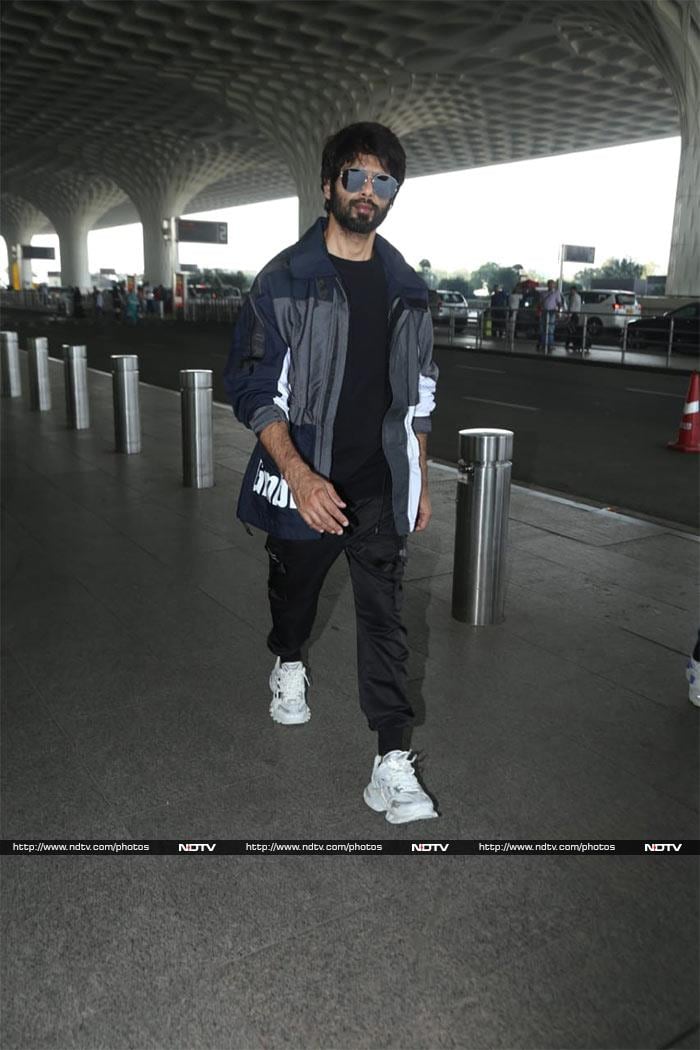 Shahid Kapoor was spotted at Mumbai airport on Tuesday.

Sports Film Jersey is based on a cricketer, who returns to play cricket in his 30s, by joining the Indian cricket team. It is a remake of a 2019 Telugu film by Gowtam Tinnanauri, who is also working on the Hindi version of the film now. The scheduled release of the film is in the month of August.