"He is an integral part of the family," Supriya Pathak on Shahid Kapoor in an interview 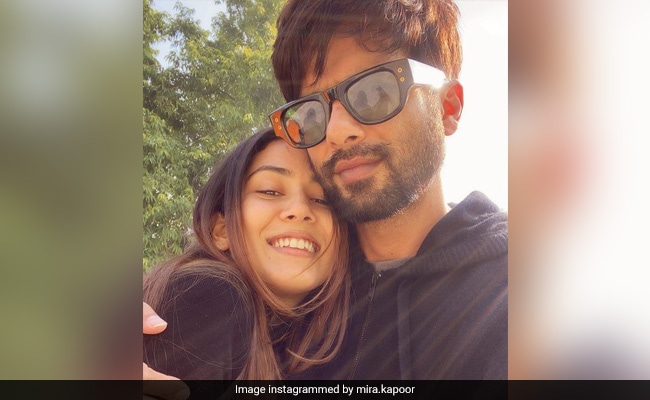 Actress Supriya Pathak recently opened up about her equation with Shahid Kapoor and his wife Mira Rajput, in an interview with Indian Express. Supriya Pathak is married to Pankaj Kapoor - they are parents to daughter Sanah and son Ruhaan. Shahid Kapoor is Pankaj Kapoor's son with his first wife Neelima Azeem. Speaking to the publication, Supriya Pathak said that Sanah and Ruhaan often discuss films and acting with Shahid Kapoor, describing him as the "main anchor": "Shahid is their brother. He is their elder brother bhai! He is an integral part of the family. He is our main anchor. It is natural. They are siblings. So, they are constantly around each other. They are like any other siblings. We are a normal family," said Supriya Pathak.

While Supriya Pathak and Pankaj Kapur's son Ruhaan is yet to step into Bollywood, Sanah made her debut with Shahid Kapoor's 2015 movie Shaandaar.

Meanwhile, when asked about Mira Rajput's cooking skills, Supriya Pathak named some of her favourite dishes from Mira's kitchen: "She is a great cook. She makes lovely appam and stew and Khao Suey. So yes, I have tasted her haath ka khaana. But sadly, I don't know how to click photos and I do not have an Instagram profile, so I cannot share with you guys. But she makes amazing food."

Mira Rajput loves to binge as much as she loves to cook. Earlier this year, Mira Rajput shared a glimpse of a Gujarati thali prepared by Supriya Pathak and captioned it with a reference to the show Khichdi.