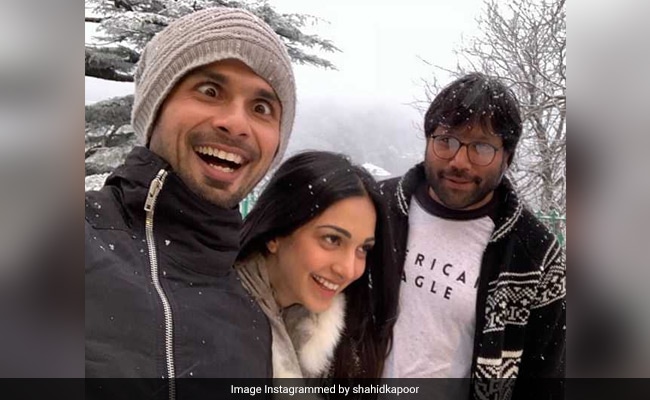 Kabir Singh actors Shahid Kapoor and Kiara Advani are elated with their film's success and their latest Instagram entries are proof. The film has collected over 70 crore within three days of its release. On Monday night, Shahid Kapoor, who plays the titular role in the film, shared a super goofy selfie of himself along with his co-star Kiara Advani and the film's director Sandeep Vanga Reddy on his Instagram profile. In the picture, the trio can be seen smiling with all their hearts as they stand in a snow-clad place. Shahid captioned the post: "These weekend numbers got us all like." Shahid's post received over 8 lakh likes on her Instagram profile within a few hours.

Meanwhile, Kiara Advani shared a video on her Instagram story, in which she and Shahid can be seen happily dancing. Kiara captioned the post: "Box office numbers got us like." She added, "Whazz going on." The video was later curated by several fan pages on Instagram. Check out the video here:

Shahid and Kiara have all the reasons to celebrate as Kabir Singh has been performing exceptionally well at the box office. The film earned Rs 20.21 crore on its opening day and it has managed to collect over Rs 70 crore within three days.

Kabir Singh, a Hindi remake of the 2017 Telugu film Arjun Reddy, opened in theaters on Friday. The film showcases the story of a brilliant surgeon and his ordeal with alcoholism and anger management issues.