Shahid and Alia to Have a Shaandaar Coffee Date at Midnight 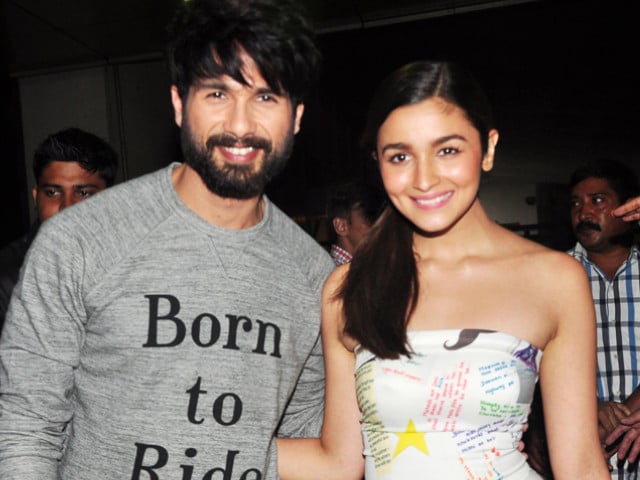 Shahid and Alia photographed at an event in Mumbai.

Mumbai: The makers of Shaandaar will release the film's third song Neend Na Mujhko Aye, a remixed version of the Hemant Kumar and Lata Mangeshkar track from the 1950s, at a coffee shop in Mumbai on Tuesday midnight, in the presence of actors Shahid Kapoor and Alia Bhatt.

Considering the song is based on Shahid and Alia's insomniac characters, the song captures the mood right and this is why the makers took the decision to launch the song at midnight, said a source.

For Neend Na Mujhko Aye, the Shaandaar makers have bought the rights of the popular song, which was filmed in black and white for the 1958 film Post Box 999. (Also Read: Alia and Shahid Dance in New Shaandaar Song. Just Not With Each Other)

The trailer and songs of the Vikas Bahl-directed movie, have so far created a positive buzz. The film is releasing on October 22.