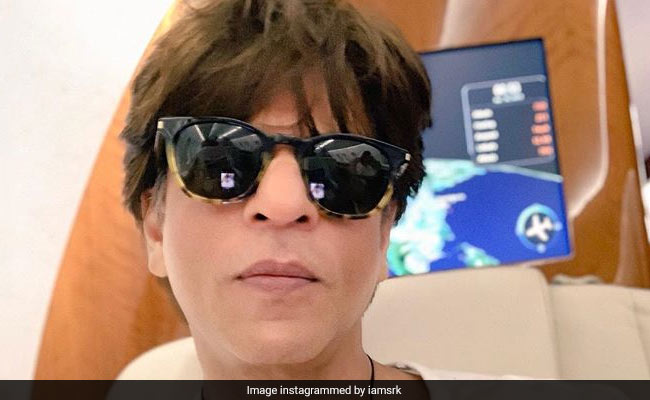 Shah Rukh Khan, who said he is spending most of his lockdown time with his three kids, took out some time to chat with his fans on Twitter on Monday evening. Shah Rukh patiently answered the frequently asked queries about his upcoming project, asking his fans not to get "stressed" about it because "Sabar ka phal achha hi hota hai... mostly," he said. During the session, Shah Rukh was also asked to pick a director that he would love to work with and the options were Martin Scorsese and Christopher Nolan. In response, Shah Rukh dropped a major hint about a probable movie with "Raju", the nickname for Sanju director Rajkumar Hirani. "Wow both are awesome and I have met them... but Raju apna sa lagta hai... nahi (Raju seems to be one of our own, no)?" tweeted Shah Rukh.

Wow both are awesome and I have met them...but Raju apna sa lagta hai...nahi? https://t.co/EuSsrTHtx5

One user also attempted to troll Shah Rukh, saying while Aamir Khan, Salman Khan and Akshay Kumar are making big-budget films, he is making "excuses". The 54-year-old superstar's sarcastic reply shut the user up: "Yaar yehi pehle aap... pehle aap mein pista jaa raha hoon... kya karoon (In these 'first you... first you...' attempts, I am getting crushed)". Akshay pushed the release of his upcoming film Bachchan Pandey so that Aamir's Laal Singh Chaddha can have a solo release on Christmas 2020. However, after Sooryavanshi was postponed because of the coronavirus outbreak, there were reports that Akshay's film was to clash to with Salman's Radhe in May this year.

2018's Zero remains Shah Rukh Khan's last movie, which turned out to be a box office dud, much like his previous release Jab Harry Met Sejal. Speaking to IANS last year, Shah Rukh said that he is considering a few scripts and will only announce his new project as soon as the "busy directors" are "ready" to sign him: "Jokes apart, I am thinking and taking some time. I am working on two or three scripts and, Inshallah, as soon as they are ready, I am ready. Because most of the people with whom I am working are busy so, Inshallah, I will announce it myself. I feel till the time rumours are floating around, it's good because some of them have given me ideas."