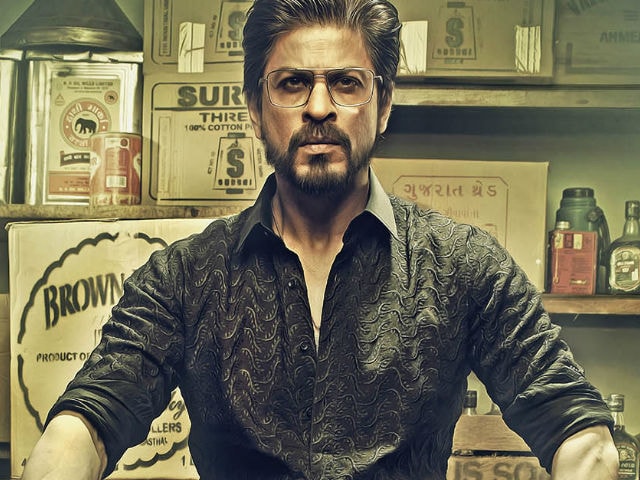 A poster of the film Raaes

Mumbai: Everyone who is familiar with Bollywood would know that a Shah Rukh Khan film releasing along with a Salman Khan film is perhaps one of the worst things to happen to box office as the loot will be divided between the two, thus affecting both the films. So it was just a matter of time before between one of the films, SRK's Raees and Salman Khan's Sultan, would move its release from Eid this year. So, now the buzz is that SRK's Raees has finally been moved. But looks like the film will now get into a bit of controversy as it has been moved to Diwali, to clash with Ajay Devgn's Shivaay.

This bit of news is said to have already made Ajay Devgn restless. One wouldn't blame him really, considering the last time their films clashed, he had to knock on the doors of the court to seek justice. (Also Read - Logical to Avoid It: Shah Rukh Khan on Raees, Sultan Clash )

In 2012, Ajay Devgn's Son of Sardaar was to release on the same day as Jab Tak Hai Jaan. Claiming that YRF, the producers of this SRK film had adopted unfair means to hog most of the screens, and thus his own film getting a raw deal, Devgn had lodged a complaint with the Competition Commission of India against the production house. Devgn lost the case and Jab Tak Hai Jaan went on to become a hit.

Ajay is said to have invested a lot of money and emotions in his next film and he will justifiably upset with the turn of events. But Raees seems to have no other option, but to clash with him, as most of the festive dates are already taken up by the other films.

A source says, "The makers of Raees had the option of releasing the film in the Independence day weekend or Diwali. But they would be clashing with two big films, Akshay Kumar's Rustom and Hrithik Roshan's Mohenjo Daro if they had released during Independence Day so Diwali seems like the only other option."