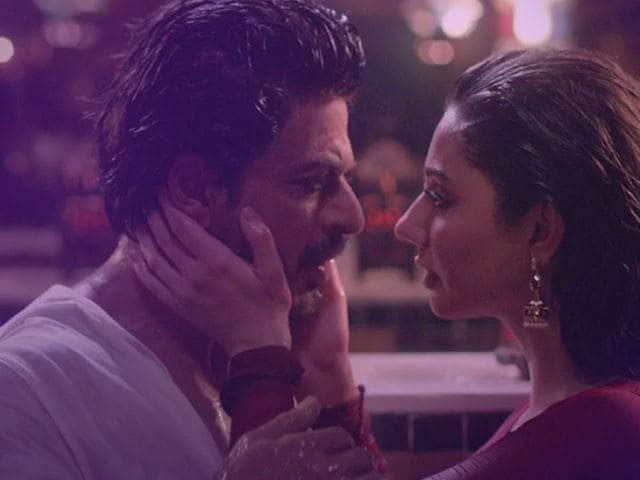 Raees Song O Zaalima: SRK and Mahira's song was worth the wait

New Delhi: And the wait is finally over. Shah Rukh Khan teased fans with snippets of O Zaalima, the second song from his upcoming film Raees, on Twitter and now the actor shared the full song for his fans to enjoy. O Zaalima, a romantic track sung by Arijit Singh and Harshdeep kaur, features Shah Rukh and Pakistani actress Mahira Khan in exotic desert locations and other palatial spots confessing their love for each other. Shah Rukh looks extremely handsome dressed in pathani suit all through the song while Mahira's options varied from shararas to lehngas. O Zaalima was worth the wait.


Earlier Shah Rukh shared many teasers of O Zaalima with snippets of lyrics:

Before O Zaalima, the makers of Raees released Sunny Leone's special song Laila Main Laila, which is a rendition of Zeenat Aman's Laila O Laila from 1980 film Qurbaani. The song released on December 21, and has since then been viewed almost 50 million times on YouTube.


Shah Rukh Khan, 51, plays titular Raees in Rahul Dholakia's film. Raees, a businessman at heart is a liquor baron operating from Gujarat. Among his many enemies is a police officer (played by Nawazuddin Siddiqui) who has vowed to put an end to Raees' illegal trade.

Promoted
Listen to the latest songs, only on JioSaavn.com
Watch the trailer of Shah Rukh Khan's Raees:


Raees co-produced by Farhan Akhtar's Excel Entertainment and SRK's Red Chillies Entertainment, will hit the screens on January 25. The film was earlier scheduled to release on Eid in 2016, but the makers instead made way for Salman Khan's Sultan. The film's release was further delayed to avoid clash with Karan Johar's Ae Dil Hai Mushikil. Raees is finally opening a day before Republic Day, along with Hrithik Roshan's Kaabil